The path of Frederick's crusade in 1228

The Latin Emperor Robert de Courtenay dies on the way back from Rome to Constantinople . His eleven-year-old brother Baldwin II succeeds him on the throne. Instead of his mother Maria von Courtenay , the barons appoint Narjot de Toucy as guardian and regent. This negotiates a one-year armistice including free trade with the despot and self-proclaimed Byzantine emperor in exile Theodoros I. Komnenos Dukas from Thessaloniki .

Emblem of the fratribus militiae Christi in Prussia 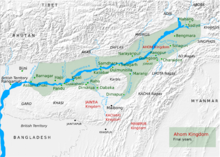 The Kingdom of Ahom at its greatest extent 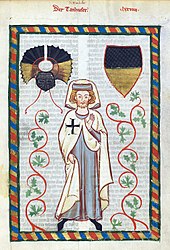