Succession planning after the death of King Conrad IV.

Central Europe at the time of the Hohenstaufen

Other events in Central Europe

Sixth crusade and the return of King Louis IX. to France 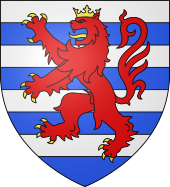 Seal of the University of Salamanca

Edward us Eleanor at Lincoln Cathedral

Tomb of Hugh of Northwold in Ely Cathedral