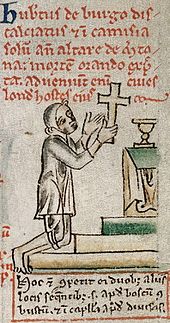 Hubert de Burgh in the sanctuary, depiction from the Historia Anglorum by Matthew Paris , 13th century

Depiction of Gregory IX. in a manuscript from around 1270 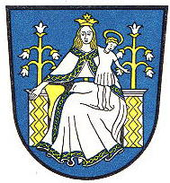