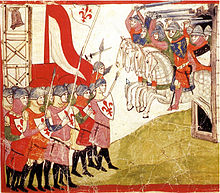 Depiction of the battle of Montaperti (14th century)

The journeys of the polos

Marco Polo's father Niccolò and his uncle Maffeo , a jeweler from Venice , set off on a trip to sell gems in Sarai on the lower reaches of the Volga . Anticipating the political changes and the end of the Latin Empire founded by Venice, they sell their properties in Constantinople and go to Sudak in the Crimea, a de facto Venetian colony since 1204 , where Marco the Elder, the third of the Polo brothers, runs an office . 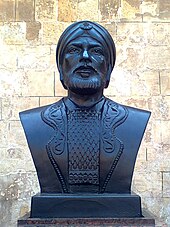 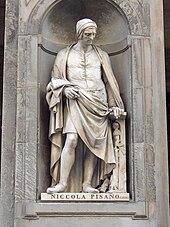 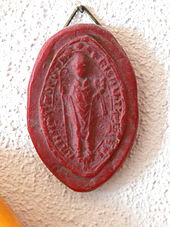 Seal of Albertus Magnus as Bishop of Regensburg

Otto I., Bishop of Hildesheim 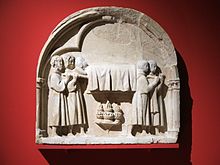 The funeral procession for Louis of France

Burial place of Mary of Brabant

Initial with a self-portrait and the signature W. de Brailes