The decision in the Anglo-Welsh War comes with the sudden death of Lord Dafydd ap Llywelyn of Gwynedd on February 25th . Demoralized by the death of their leader and weakened by the British trade blockade and a resulting famine, Maredudd ab Owain and Maredudd ap Rhys, the first Welsh lords of Central and South Wales, submit to King Henry III of England . When the royal commander Nicholas de Moels, with the help of his new Welsh allies, led an English army from Carmarthen through the highlands of Wales to Deganwy in the summer , Owain Goch and Llywelyn ap Gruffydd , the sons of Dafydd's brother Gruffydd ap Llywelyn Fawr , saw each other inherited Gwynedd, politically isolated.

Heinrich Raspe's certificate for Hermann I von Lobdeburg , Bishop of Würzburg , and his church, issued on May 23, 1246

A group of Boljars around the third wife of the late Tsar Ivan Assen II , Irene Komnene , overthrew and murder Ivan's underage successor, Kaliman I Assen, and crowned Irenes' also underage son Michael II Assen as Tsar of the Second Bulgarian Empire under the reign of his mother.

Emperor John III von Nikaia uses the weakness of the Bulgarian Empire to conquer Eastern Thracia , the Rhodope Mountains and a large part of Macedonia .

When John III. stays in Melnik during his offensive against the Bulgarian Empire , the magnates of the Kingdom of Thessaloniki conspire against the unpopular ruler Demetrios Komnenos Dukas and deliver the city to the imperial troops in December. Demetrios is deposed and banished to the fortress Lentiana in Bithynia . Thessaloniki becomes part of the expanding Nikaia Empire, which sees itself in the tradition of the Byzantine Empire .

Güyük Khan , son of Ögedei Khan and the regent Töregene Hatun , is enthroned on a Kurultai as the Great Khan of the Mongol Empire after Batu Khan of the Golden Horde managed to postpone this enthronement for years.

Svyatoslav III. Vsevolodovich becomes Grand Duke of Vladimir according to the seniority principle . He succeeds his brother Jaroslaw II. Vsevolodowitsch , who was murdered on September 30th at the court of the Mongolian Great Khan in Karakoram . Yaroslav's sons Andrei Jaroslawitsch and Alexander Jaroslawitsch Newski try to enforce their own succession to the throne and protest against Batu Khan. 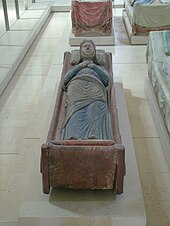