Tübingen and the castle before the siege

After the death of his father Frederick Henry on March 14, William II of the House of Orange-Nassau becomes governor of the United Netherlands .

The new General Manager Petrus Stuyvesant arrives in the Nieuw Nederland colony on May 11, succeeding the controversial Willem Kieft . Two weeks later, the official inauguration takes place and Stuyvesant appoints a council and establishes a tribunal. As a concession to the will of the people, he elects 18 delegates in a general election, from which the governor and his council form a committee of 9 representatives. However, its powers are only of an advisory nature.

Willem Kieft, awaiting trial in Amsterdam for his administration, boards the Princess Amalia in August , which sinks off the coast of Wales in September. Kieft dies in the process. All documents and papers for the process are lost with it. It is still unclear whether the allegations against him were justified.

Construction of St Agatha's Tower begins on December 5th as part of Malta's fortifications. Since the tower was built under Grand Master Jean de Lascaris-Castellar , it is counted among the so-called Lascaris Towers . Structurally, it corresponds more closely to the earlier Wignacourt Towers . 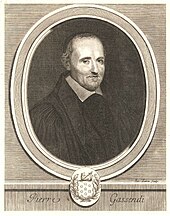 After years of dealing with the subject De vita et moribus Epicuri , the French philosopher Pierre Gassendi publishes a biography of Epicurus that refutes the defamation of his person that has been customary since antiquity.

The French physicist Blaise Pascal proves with his experiment emptiness in the emptiness that the mercury in a manometer column is only pushed to a certain height by the external air pressure. Only with this experiment can the ancient hypothesis of the horror vacui , which goes back to Aristotle , be refuted and thus the existence of the vacuum be proven. 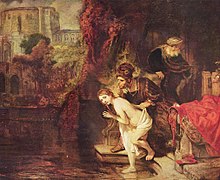 Susanna and the two old people

Rembrandt van Rijn paints Susanna and the two elders after the theme of Susanna in the bath . 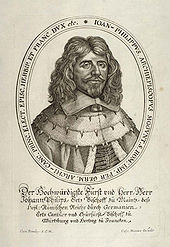 Denis Papin, 1689 with his printing cylinder