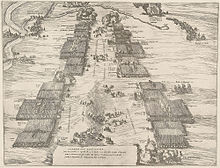 Legal act of the Lublin Union 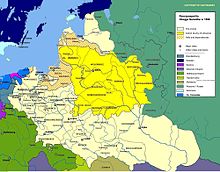 Noble Republic of the Lublin Union 1569

In view of an increasingly threatening western expansion of Russia ( Russo-Lithuanian wars ), the Lithuanian nobility is pushing for closer ties with Poland. In lengthy negotiations, which were made more difficult by the reluctance of the Lithuanian magnates and exaggerated Polish demands , the Union of Lublin was finally established on July 1st . The Union Treaty provides for the indissoluble unity of Poland and Lithuania under a common ruler, who is elected by the common Diet and crowned in Krakow. The Realunion Poland-Lithuania , the first Rzeczpospolita, is created . 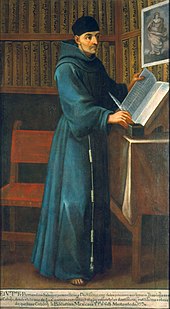 With the twelve-volume work Historia general de las cosas de Nueva España, commissioned in 1540, the Spanish missionary and ethnologist Bernardino de Sahagún completed the most important contemporary work on the life and culture of the Aztecs . The bilingual manuscript in Spanish and Nahuatl is being forgotten and, after its rediscovery, is only published in London from 1829 to 1832.

The Spanish nobleman Alonso de Ercilla y Zúñiga publishes the first part of the epic verse novel La Araucana at his own expense . In 15 chants it deals with the history of the armed conflicts between the indigenous Mapuche population and the Spanish conquerors in the south of today's Chile, which are known as the Arauco War . 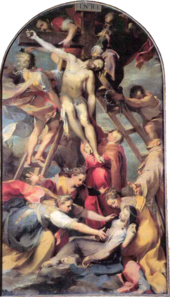 Descent from the Cross, Federico Barocci

The Italian painter Federico Barocci created his first major work with the Descent from the Cross ( Deposizione dalla croce) . 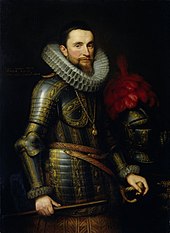 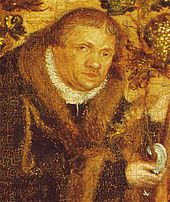