The Reichstag building in the German capital Berlin is the seat of the Bundestag . 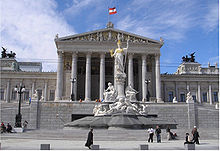 The parliament building in the Austrian capital Vienna is the seat of the National Council and the Federal Council . 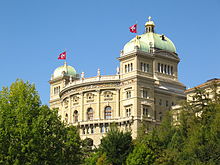 The Federal Palace in the federal city of Bern , Switzerland . Although the city is the seat of the Federal Assembly , Switzerland de jure does not have a capital (see Switzerland's capital question ).

The High House in Vaduz in the Principality of Liechtenstein is the seat of the state parliament .

A capital is a symbolic , mostly also a political center of a state and often the seat of the highest state powers: Parliament , monarch , government , supreme court . This status is often declared by constitutional law . The seat of government seldom deviates ; for example in the Netherlands , Bolivia , Tanzania and Malaysia and from 1990 to 1999 in Germany. There are also capitals that are spatially separated from the judicial constitutional body, for example in Germany ( Karlsruhe ) and the Czech Republic ( Brno ). Especially in states , the highest organs of state power can be spread over several cities. Often there are deviating financial , industrial , transport , scientific and cultural centers .

Capital as the most important center

The capital very often developed over a long period of time into the undisputed heart of a nation-state . It is not only the political center ( royal seat ) , but also the center of industry, science, art and culture in a region ( capital ) . In the urban development of a capital, the capital and government functions are often noticeable through monumental buildings, streets, squares and green spaces, as well as the creation of a government district , aimed at state self-expression .

In France , the capital Paris was able to develop into the most important city in the country. Back in medieval times , the foundation stone was laid for this development, as the French kings made the city their capital, by they began centrally local , often courtly , later increasing government focus functions at this location ( centralization ). In 1257, for example, the Collège de Sorbonne high school was the forerunner of the oldest and most famous university in France. In the 16th century, Francis I had artists such as Michelangelo , Titian and Raphael come to Paris, thus laying the foundation for the royal collection of paintings that is now housed in the Louvre . In the following centuries, other important institutions for France emerged, such as B. the Académie française . Despite the relocation of the residence from Paris to Versailles under Louis XIV , the city continued to be the political and economic center. The city was expanded further, it hosted six world exhibitions between 1855 and 1937 . During the Belle Époque , the city again became an internationally recognized cultural and intellectual center. Even in the last few decades, French presidents erected monumental structures such as the Grande Arche , which further underscored the importance of the city. Even today, Paris is not only a center of culture and politics, the city is the largest transport hub and largest economic area in France. There are also many visitors to the capital.

London, too, went through a similar development, initially for England and later for the whole of the United Kingdom .

Capital as a predominantly political center

Many capitals deviate from the widespread norm of being the capital city also being the cultural and economic center for various historical or political reasons. The capital is not always the largest and most important city at the same time. Their importance is often limited to their function as the seat of government. In the course of the years, however, cities that were initially insignificant and designated as capitals often change through their status as important centers beyond their administrative importance.

The capital of the United States , Washington, DC , only ranks 27th in the ranking of population ( New York City comes first ). Due to its geographically more central location and as a sign of demarcation from the Ottoman Empire , the capital of the newly founded Turkish Republic was relocated from the metropolis of Istanbul to the much smaller and comparatively insignificant Ankara in 1923 . The previously rather insignificant Canadian city ​​of Ottawa was chosen as the capital because of its location on the English - French language border and thus better acceptance for both parts of the population. For a small town, it was assumed that the threat situation in the event of war would be less. In 1997, Kazakhstan moved its capital from Almaty to half the size of Astana (now Nur-Sultan ). On the one hand this happened because of the danger of earthquakes in Almaty, on the other hand the city in the approximate center of the country was chosen for the purpose of better control of the Russian- speaking minority in the north.

In 1949, the previously unimportant city of Bonn was elected the (provisional) federal capital of the Federal Republic of Germany . This happened mainly on the initiative of the Rhinelander and first Federal Chancellor Konrad Adenauer . Another reason for Bonn's success over its competitor Frankfurt am Main was probably the fear that the population might have spoken out in favor of keeping Frankfurt as the capital after reunification. Bonn was by no means the largest city in the old Federal Republic; Bonn had about 115,000 inhabitants at that time, Hamburg z. B. 1.6 million. Over the years, Bonn was expanded to serve as the capital; the town, initially gleefully referred to as a federal village , federal capital or Konradopolis in allusion to Adenauer, was able to more than double its population through incorporations. With the reunification on October 3, 1990, Bonn was (again) replaced by Berlin as the all-German capital. In the Berlin / Bonn Act , however, Bonn (now with the additional title “ Federal City”) was allowed to retain numerous federal ministries and to assign several federal authorities previously located in Berlin, so that Berlin is not a centralized capital. For the lost Prussia , however, one can certainly attest to Berlin a development and function comparable to that of London or Paris.

Bern is the de facto capital of Switzerland , but is officially a federal city . See Switzerland's capital issue .

The capital Brasília created on the drawing board 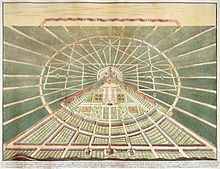 There are many reasons for a state's decision to build a planned capital . Pakistan decided to build the new capital, Islamabad , as there were reservations about the concentration of investments in the previous capital, Karachi . The reason for the construction of the Brazilian capital Brasília was that there was a need for a neutral and federal capital. In addition, the city, now in the geographical center, was supposed to promote the development of the inland, which would not have been possible with the previous capital, Rio de Janeiro, on the coast .

A number of man-made capitals have sprung up around the world over the past hundred years. The best known are Abuja in Nigeria , Canberra in Australia , New Delhi in India and 2005 Naypyidaw in Myanmar .

Rulers and state leaderships built capitals on the drawing board as far back as centuries past. In 1703, Tsar Peter I laid the foundation stone for the new Russian capital of Saint Petersburg in the swamps of the Neva estuary . From 1712 to 1918 it replaced Moscow as the capital. Even Washington, DC is a planned capital. Towards the end of the same century, construction of the US capital began on the banks of the Potomac River in 1792 . On June 11, 1800, Washington officially became the capital.

In Germany , too , absolutist rulers of the 17th and 18th centuries created completely new residential cities. One example of this is the former Baden state capital, Karlsruhe . Margrave Karl Wilhelm von Baden-Durlach had the foundation stone laid for the city named after him on June 17, 1715. The radial arrangement of the streets and avenues, in the center of which the Residenzschloss is located, can still be seen today, the city owes its nickname "fan city" to it.

Seat of government different from the capital

The seat of government of a few states is not in the capital. So Amsterdam both the largest city in the Netherlands as well as their nominal capital, the official seat of government and royal residence , however, is The Hague . In South Africa , the seat of the constitutional organs is even distributed among three cities, the largest city ( Johannesburg ) not being one of them. The parliament sits in Cape Town , the administrative and government center is in Pretoria (Tshwane) and the supreme judicial institutions (courts of justice) are in Bloemfontein .

States with or without an internationally recognized capital

De jure , Monaco , Nauru , Switzerland , Liechtenstein and the Vatican City have no capital :

Also part of states (for example, countries in Germany and Austria or states in the US ) have to have state capitals for their part of the country except the political capital, the other functions. There were also provincial capitals in the Land of Prussia .

In contrast to most other countries, the Swiss cantons do not have any “capitals”, but only “canton capitals”. This results from the fact that several of these places (e.g. Stans or Appenzell ) are not large enough to be statistically considered a city.

States that today have several capitals

States that have had multiple capitals in the past

Subnational entities with a common capital

Smallest and largest capitals in the world

All figures are calculated according to World Gazetteer

Taipei - Capital of the Republic of China (Taiwan) 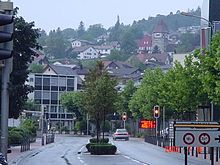 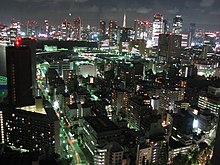 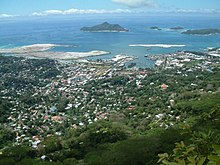 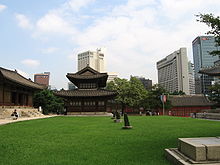 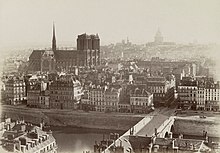 Paris in the 19th century 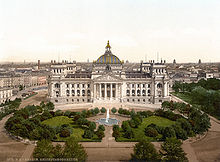 The five smallest capitals (without agglomeration)

The five largest capitals (with agglomeration)

The smallest capitals by continent

The largest capitals by continent (with agglomeration)

The five largest capitals around 1900

Capitals that are not the largest cities in their country

States in which the capital is not the largest city

There are currently 39 countries in the world whose capitals do not rank first in terms of population. They are as follows: