There are 28 federal states worldwide, including Germany, Austria and Switzerland.

A federal state is a state that is composed of several sub- states or constituent states . Legally, such a federal state consists of several subjects of constitutional law , i.e. political orders with state quality, and therefore usually combines different political levels : a federal level and at least one level of the member states. In this way, the federally organized state differs both from a loosely structured confederation and from a centralized, unitary state .

A federal state is therefore a constitutional connection of (non-sovereign) states to a ( sovereign ) general state. The relations between this federation and the member states and between the latter are of constitutional (not international ) nature.

In German constitutional law , the term federal state is a normative term and not specified (i.e. not above the legal system ). 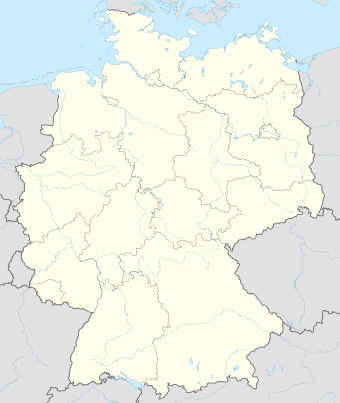 In contrast, federal systems have as the United States or the Federal Republic of Germany next to a sovereign state as a whole - with republican form of government is this often referred to as the Federal Republic , otherwise referred to as federal republic - even subordinate units with state quality ( constituent states / provinces). These states are sub-states in the area of ​​their national jurisdiction . They have the right to regulate many things independently and without interference from the federal level , with the state organs located there (especially the highest federal organs such as the federal parliament or the highest federal courts) being superordinate to them - in the hierarchical sense. The school system in the USA and Germany , for example, is organized in the member states, while the national level determines, for example, defense and foreign policy .

In a federal state, the parliament typically consists of two chambers . One is the direct representation of the people and represents the people as a whole. The other fundamentally represents the interests of the member states ( Länderkammer ).

Compared to a federation, for example in the United Kingdom , a union state where parliamentary sovereignty is maintained, the constitutional guarantee of autonomy is missing . One speaks here of devolution .

In German history , the German Confederation (1815–1866) is considered to be the most important example of a confederation, while the North German Confederation from 1867 to 1871 was the first German federal state. The Basic Law for the Federal Republic of Germany speaks in Article 20 for the first time explicitly of a "state" to anchor the federal principle.

The Federal Republic, founded on May 23, 1949 in the three western occupation zones , initially consisted of twelve countries. With the merger of the states of Württemberg-Baden , Baden and Württemberg-Hohenzollern , the number changed to ten in 1952. In 1957, when the Saarland joined , another federal state was added. Due to the "accession-related" amendments to the Basic Law made on October 3, 1990 by Art. 4 of the Unification Treaty , a total of 16 federal states form the common German state.

About the Federal countries act in accordance with the Basic Law legislation and administration of the federal as well as in matters of the European Union with.

According to the Federal Constitution of 1920 in the version of 1929, which came into force again in 1945, Austria is a federal , parliamentary-democratic republic consisting of nine federal states .

The Bundesrat , representing the states' interests only in cases where the states will interfere with the rights of an absolute veto .

The Switzerland is a federal state since 1848th The cantons are sovereign insofar as their sovereignty is not restricted by the federal constitution; they exercise all rights that are not vested in the federal government.

The following states have a federal structure, but the powers of the member states are so limited that they can neither be clearly classified as federal states nor as unitary states.

In Italy , Spain and the United Kingdom of Great Britain and Northern Ireland the devolution towards the regions or parts of the country is so pronounced that they also represent a "cross between federal and unitary state elements". According to the Canadian political scientist Ronald L. Watts , Spain is “practically a federal state” or - like South Africa - a “quasi-federation”.