In 1949 the founding of the Federal Republic of Germany and the German Democratic Republic as well as the proclamation of the People's Republic of China are the focus of world events.

The formation of international alliances continues to deepen the division of Europe. NATO comes into being as a military alliance and initially designed for 20 years . In addition, the Council of Europe is founded as the political umbrella organization of the Western European states with its seat in Strasbourg. In Eastern Europe, the Council for Mutual Economic Aid, also known as Comecon, is established as an economic alliance. 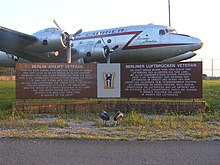 The founding phase of the two German states is accompanied by the crisis surrounding West Berlin , which defied the blockade with the help of the Berlin Airlift by the Western Allies. The Berlin question also plays an important role in the drafting of the Basic Law by the Parliamentary Council , since the German fathers and mothers of the Basic Law would like to grant Berlin the status of an equal federal state within the Federal Republic. The Allies, however, insist on their prerogatives, which also include Berlin's four-power status, so that, for example, the members of the Bundestag sent by Berlin are not allowed to participate in federal German legislation. The occupation statute also provided the Allies with rights of objection in matters of external representation, dismantling and control of the Ruhr . When the Soviet Union realized that the Berlin blockade would not be successful, it was abandoned after almost a year.

With a slight delay in the formation of the Federal Republic of Germany, the GDR was founded, but the West has refused to recognize it.

While the blocs are irreconcilably opposed to each other on the question of Germany, the conferences of foreign ministers of the four victorious powers ensure progress on the question of a settlement for Austria ; the main features of the later peace treaty were negotiated here as early as 1949.

In the election to the National Assembly in May 1949, the unified list achieved 95.6% yes-votes. On August 20, 1949, a new constitution came into force, based on the Soviet constitution of 1936. This turns Hungary into a workers-and-peasants state , the separation of powers is abolished and a 21-member presidential council is introduced as a collective head of state who has powers between parliamentary sessions . A personality cult is developing around Mátyás Rákosi , combined with an atmosphere of terror from the State Security Authority. There are a large number of show trials against political opponents, including Cardinal Mindszenty . Communist party members and members of the government also fell victim to these processes, such as the former Foreign Minister László Rajk, who was executed in 1949 .

Yugoslavia plays a special role, although it sees itself as a socialist state, but retains its independence from the Eastern Bloc, which then marginalizes the Tito government politically and economically.

In Greece the civil war leads to the defeat of the communist associations, which have to go into exile.

In the Middle East, Israel , which was founded the year before, can assert itself in the war of independence against its Arab neighbors and gain significant ground compared to the original UN partition plan ; the front line is solidified by the armistice agreement of 1949 as a "green line" in effect to form the new state border, while the Gaza Strip and the West Bank are claimed by Egypt and Jordan respectively. The hundreds of thousands of displaced Palestinians who have since been waiting in refugee camps in neighboring countries for the establishment of their own Palestinian state are a difficult legacy of the war.

At the beginning of the year, India and Pakistan agree on a ceasefire in Kashmir , where a line of demarcation establishes the status quo . On November 26, 1949 India constitutes itself as a republic (→ History of India # Republic of India , Constitution of India ).

In China, the People's Liberation Army under Mao Zedong succeeds in the decisive final offensive in the civil war against the national Chinese troops of Chiang Kai-shek , which initially leads to the capture of Tianjin and Beijing in the north and, after crossing the Yangtze, also to the south of China. The national Chinese government must therefore withdraw from Chongqing to Taiwan, but can maintain some islands off the coast of the mainland. On October 1, 1949, Mao Zedong proclaimed the People's Republic of China and established a communist state.

In the USA, Harry S. Truman takes up his second term as President. The successes of the communists in China and the detonation of the first Soviet atomic bomb are creating an increasingly anti-communist mood in the USA, which is expressed, among other things, in attacks by Senator MacCarthy against the State Department, which he says was communist infiltrated and caused the abandonment of China. Real and supposed sympathizers of the communists are quoted before committees of inquiry and if there is any suspicion of “un-American”, ie pro-communist activities, they will face reprisals.

The Petersberg near Bonn

Patrick Duffy in The Man from Atlantis , 1977 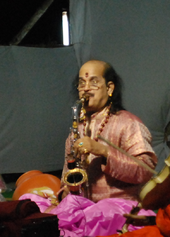 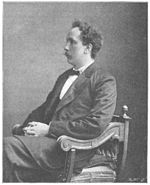