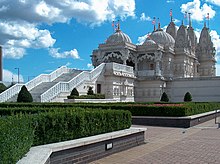 This is a list of the most important people who passed away in 1995. For a more detailed list see Nekrolog 1995 .

Rudolf Hausner's Adam before the Authorities I (1994), detailed excerpt