The title of this article is ambiguous. Further meanings are listed under 2010 (explanation of terms ) .

The year 2010 started on a Friday, January 1st and ended again on a Friday, December 31st . It was marked by an earthquake in Haiti that killed around 220,000 people and left 1.3 million people homeless. For the United States, the Deepwater Horizon oil rig explosion in the Gulf of Mexico became the worst oil spill in its history. In Germany, 21 people died and at least 652 were injured in a crowd in the access area of ​​the Love Parade in Duisburg . The subsequent process against those responsible lasted for several years. Lena Meyer-Landrut wins theEurovision Song Contest in Oslo, which was the second victory of the competition for Germany. 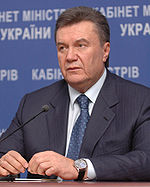 Flag of the Western European Union

Logo of the new ENS Lyon

February 3: L'Homme qui marche I sculpture.
Back of the pattern of a 100-franc banknote with four images of the sculpture from different perspectives 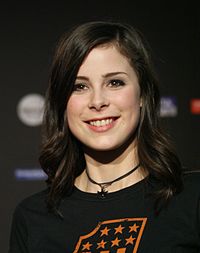 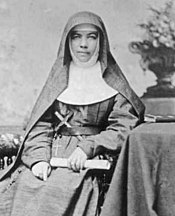 For the detailed list of the deceased see Nekrolog 2010 .

The announcement of the Nobel Prize winners for 2010 began on October 4, 2010. The award ceremony took place on December 10, 2010 in Stockholm and Oslo.