The year 2009 was particularly dominated by the global financial crisis . In January, Barack Obama was the first African American to take up the US presidency . In the history of music, the early death of the so-called King of Pop Michael Jackson shaped the year 2009. 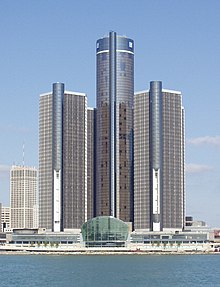 The US automaker General Motors with 243,000 employees files for bankruptcy on June 1, 2009 as part of the global economic crisis 101 years after the company was founded .

For the detailed list of the deceased see Nekrolog 2009 .

Play media file
Announcement of the Nobel Prize in Chemistry

The announcement of the Nobel Prize winners for 2009 took place from October 5th to 12th. The award ceremony took place on December 10, 2009 in Stockholm and Oslo.