The year 1951 was marked by the increasing hostilities between the Eastern Bloc and the Western world , which were reflected in the Korean War and the McCarthy era , especially the trial of Ethel and Julius Rosenberg .

After the North Korean and Chinese troops managed to take Seoul in the Korean War at the beginning of the year , the international coalition was able to recapture the city some time later. The war of movement turned into a positional war. In this situation, Commander-in-Chief Douglas MacArthur pleaded for an expansion of the war through the use of atomic bombs against the Chinese supply lines; US President Harry S. Truman rejected this, however, with reference to the possible threat to world peace as a result and had MacArthur replaced by Ridgway. Nevertheless, the United States tested its nuclear weapons in Nevada under tactical conditions. H. with the participation of infantry troops.

In the meantime, the Adenauer government in the Federal Republic of Germany achieved gradual emancipation from the Western occupation regime. The young Federal Republic was granted further characteristics of state sovereignty - the Federal Constitutional Court began its work, as did the new Foreign Ministry under the leadership of Adenauer himself; The merchant navy was now also allowed to fly the German flag - but at the same time the commitment to the Western allies was affirmed and the possibility of an own defense contribution against possible aggression from the east was explored, against the resistance of the SPD, which under Kurt Schumacher consistently opposed a Pronounced remilitarization. While the Americans initially continued denazification by executing a few high-ranking SS officers , the growing independence of the German judiciary meant that Nazi perpetrators were increasingly able to benefit from amnesties. By January 31, 1951, 792,176 people had been granted an amnesty.

The amnesty of the National Socialists by the Federal Government was also a topic of the East German propaganda, which at the same time achieved respectable success through mass events such as the World Youth Festival . Border and air incidents, the deportation of unwelcome critics from West Berlin to the East, as well as show trials that also killed young people, cast a shadow over the rhetoric of the communist government in East Berlin. Their demand for free elections in Germany as a whole had no consequences in view of the ideological differences between East and West. Processes similar to those in the GDR were also taking place in other bloc states in the east, such as the show trials of Jihlava in Czechoslovakia against representatives of the Church.

In the USA, too, during the so-called McCarthy era , developments in Korea and Europe resulted in increasingly harsh Cold War rhetoric, which was directed against artists and other intellectuals with leftist sympathies and which was particularly spectacular in the trial of Ethel and Julius Rosenberg showed in which the judge accused the couple of betraying nuclear secrecy to the Soviet Union, which is why the two were also directly responsible for the Korean War; the death penalty was accordingly imposed on them.

The admission of Greece and Turkey to NATO was intended to counter Soviet influence in the Balkans and the Middle East.

Britain had especially with independence aspirations of Egyptian and Iranian deal page. The Egyptian government under Prime Minister Mustafa an-Nahhas Pascha and King Faruq had unilaterally terminated the alliance treaty of 1936, which in particular endangered British sovereignty over the Suez Canal and thus Britain's free access to its remaining Asian colonies. In Iran, meanwhile, Prime Minister Hossein Ala relied on the nationalization of the oil industry, which until then had been in British hands. The Labor government of Clement Attlee did not always act happily in these conflicts and was subsequently voted out in favor of the Conservative World War I Prime Minister Winston Churchill .

The peace treaty of San Francisco gave Japan back full sovereignty and thereby ended the time of the American occupation .

1951 saw the first amnesties for people who had been convicted of their involvement with National Socialism. B. for the armaments magnate Krupp . 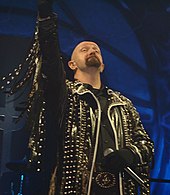 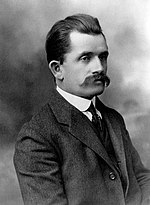 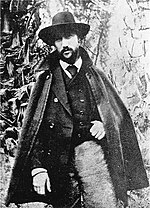 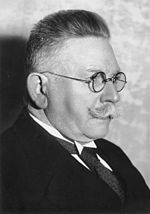 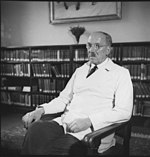 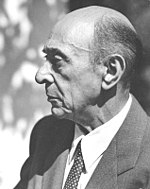