This article describes the director Werner Schroeter ; for the wrestler and politician see Werner Schröter . 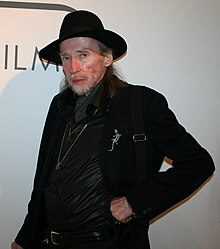 Werner Schroeter was the son of an engineer and grew up in Bielefeld and Heidelberg. At the age of five he already expressed the desire to become a film director. A decisive experience for him at the age of thirteen was the radio broadcast of an opera aria by Maria Callas , which brought him into contact with the subject of opera for the first time. Callas became the only idol of his life for him; in interviews he called her a “messenger between God and man”. After graduating from high school in Heidelberg, he studied psychology in Mannheim for three semesters and also worked as a journalist. In the late 1960s Schroeter taught himself filmmaking with the first experimental work in 8 mm and 16 mm film , even at. Some of his first short films are dedicated to Maria Callas. After just a few weeks, he broke off studying at the Munich University of Television and Film . His first success was the two-hour experimental film Eika Katappa , which was awarded the Josef von Sternberg Prize by the Mannheim International Film Week in 1969.

Since 1972, Schroeter has regularly worked on theater and opera productions in cities such as Berlin , Bochum , Hamburg , Düsseldorf and Bonn , but also at foreign theaters in Paris , Brazil and Italy . Along with Rainer Werner Fassbinder , Wim Wenders , Alexander Kluge , Werner Herzog and Volker Schlöndorff, Schroeter is one of the most important film directors of the German post-war period. With Palermo or Wolfsburg he won the Golden Bear at the Berlin Film Festival in 1980 . He has also worked as a producer , screenwriter , cameraman and actor in numerous films. His filmmaking partners included Magdalena Montezuma , Isabelle Huppert , Hermann Killmeyer , producer Paulo Branco , camerawoman Elfi Mikesch , film editor Juliane Lorenz and still photographer Digne Meller-Marcovicz . Schroeter, who was open to his homosexuality, was for a time in a relationship with Rosa von Praunheim , with whom he shot the short film Grotesk-Burlesk-Pittoresk in 1968 with Magdalena Montezuma in the leading role.

In 1972 Werner Schroeter was a participant in Documenta 5 in Kassel with the film The Death of Maria Malibran in the Film Show: Other Cinema department . In 2008 Schroeter received an invitation for Nuit de chien to compete at the 65th Venice Film Festival . The drama is an adaptation of Juan Carlos Onetti's novel Para esta noche with Pascal Greggory , Amira Casar , Elsa Zylberstein and Nathalie Delon in the leading roles. Schroeter was awarded the special prize of the jury of the Venice Film Festival 2008 for his “innovative, uncompromising and often provocative” work.

Schroeter was honored with the gay and lesbian Teddy Award at the Berlinale 2010 because he can be seen as a radical experimenter and great outsider of the New German Cinema . In mid-March of the same year, he was awarded the Bielefeld Friedrich Wilhelm Murnau Film Prize . 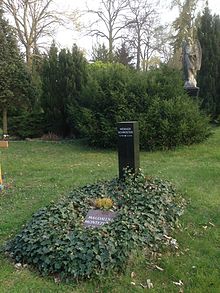 Werner Schroeter died at the age of 65 in a Kassel clinic as a result of his cancer. He found his final resting place in cemetery IV of the Jerusalem and New Church Congregation in Dept. J 010-008-015 (GPS data 52.48774, 13.40301). The tombstone of Magdalena Montezuma , who Werner Schroeter occasionally referred to as my muse , has been on his grave since 2015 .

In 2018, the Akademie der Künste honored artist friends Werner Schroeter, Elfi Mikesch and Rosa von Praunheim with the exhibition Waste Products of Love in their rooms. The title of the exhibition corresponds to Schroeter's film of the same name.

Forms of expression in film

His work is attributed to the New German Film . Schroeter often uses opulent, expressive means in his films in which his connection to opera and theater becomes evident. He also uses such means in his documentaries , for example in the form of montage of staged expressive sequences with documenting passages of the film. Comments set in this way give the documentation an ostensibly subjective character, but ultimately illustrate central aspects of the respective topic in an artistic way. An example of this approach is the film Waste Products of Love , in which various opera singers and excerpts from their work are portrayed. Here it is u. a. the skilful montage of personal interviews and staged dialogues and arias , which causes the film to break through the artificiality of the operatic milieu and to make the people behind it approachable.

Activity as a film lecturer

Around the turn of the millennium, Werner Schroeter conducted exercises in directing and acting at the Munich University of Television and Film : Farewell in bed - exercise in post-orgasmic farewell and in the following year war - your men, your women - no war without women .

In early 2009, Schroeter's photographs were publicly exhibited for the first time in an exhibition under the name autrefois et toujours in Munich. Since 1973 the director portrayed the companions of his art and life path, such as Magdalena Montezuma, Christine Kaufmann and Antonio Orlando. The works were created with Polaroid, Minox and disposable cameras and enlarged without digital manipulation.

Schroeter on the Boulevard of Stars (2011)