Siege and storming of Weprik

Peter the Great at the Battle of Poltava, by Louis Caravaque 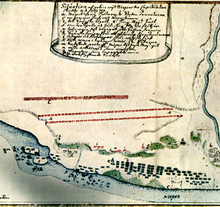 Location in Perevolochna before the surrender

War of Comacchio and War of the Spanish Succession 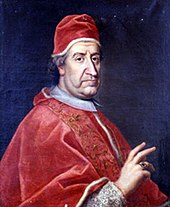 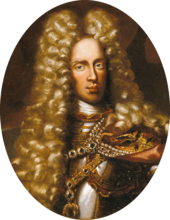 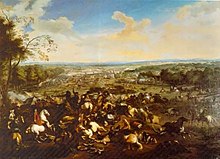 Depiction of the battle 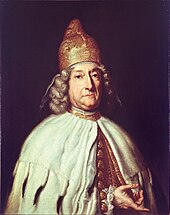 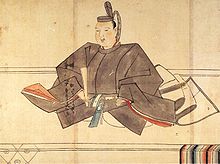 Bookkeeping begins on July 13 in the main journal 1709

Disasters, nature and the environment

The winter in Europe in the first months of 1709 is very harsh. A winter of the century that still hits countries like Portugal and Italy. The damage leads to crop failures, inflation and also famine in many parts of Europe. The last frost night in the Trier area is said to have been on July 7th. The subsequent drought leads to a famine in the Trier area. A strongly negative phase of the North Atlantic Oscillation (NAO) is assumed to be the main cause .

The lake is completely frozen for the first time in winter 1708/09, and the Lake is frozen over "mostly". The prerequisites are therefore not sufficient for a sea ​​frost . A difficult winter is also reported from other regions of Europe. From reports from the Versailles court we know that the water froze even on the royal table.

Samuel Donnet: Illustration of the Great Plague in Danzig 1709 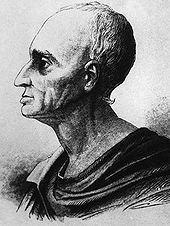 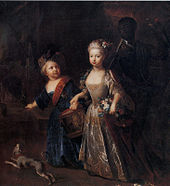 Tsarina Elisabeth as a child, painting by Ivan Nikitin, around 1712