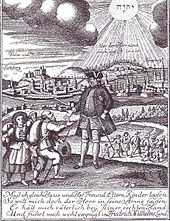 Symbolic representation of the reception of Salzburg exiles in Prussia by Friedrich Wilhelm I.

In the course of the rétablissement of East Prussia, Prussia's King Friedrich Wilhelm I issued an invitation patent on February 2 to the Protestants expelled from Salzburg , the so-called Salzburg exiles . Between May and August, families of craftsmen and farmers in particular leave the ore monastery of Salzburg in 16 orderly trains . They move to Prussia as a single entity, which is why their journey is much easier than that of the 4,000 to 5,000 maids and servants who had to leave the archbishopric in winter before them. Coming from Szczecin, the first of 66 ships will arrive in Königsberg on May 28th . The first of eleven land transports arrives on August 6th. Most of the people of Salzburg settle in the area of Gumbinnen, which was still depopulated from the Great Plague of 1709 to 1711 . Poor farmers get a hoof here . Craftsmen can pursue their trade in the cities. After the Dutch envoy had promised favorable conditions, around 780 more people, mainly Lutheran miners from the Dürrnberg mine near Hallein and their relatives, set off for the Netherlands on November 30th. 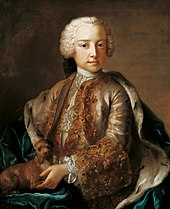 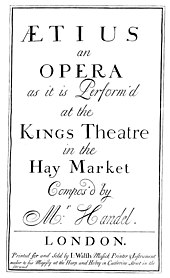 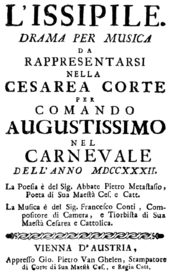 Title page of the Viennese performance

Title page of the libretto,
music by Antonio Caldara

Rich's Glory or his Triumphant Entry into Covent-Garden 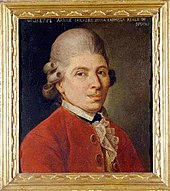 Permoser's grave in the Old Catholic Cemetery in Dresden