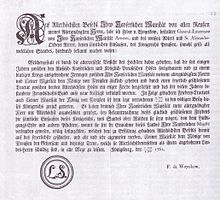 The year 1762 marked a turning point in the war that had been going on in Europe since 1756 . After the death of the Russian Tsarina Elisabeth , her nephew Peter III arrives . , an admirer of Frederick the Great , to power. Although the new tsar was overthrown by supporters of his wife Katharina after six months and murdered a little later, during his short reign Russia made the peace treaty of St. Petersburg with Prussia and thus left the anti-Prussian coalition. Friedrich then succeeds in making peace with Sweden as well . The coronation of Catherine II as emperor on October 3rd does not change anything in the new situation in Europe, which is favorable for Prussia. The Battle of Freiberg on October 29th ultimately becomes the final battle of the Seven Years' War.

In the colonies, too, the war only flared up once more. The French attack on Newfoundland was finally repulsed by the British after just under three months.

In Rome , the Trevi Fountain was completed after several years of construction, and Leopold Mozart from Salzburg arranged a first concert tour through Europe for his six-year-old son Wolfgang and his four-year-old sister Nannerl . 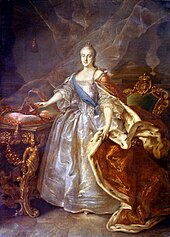 The Seven Years War in Europe 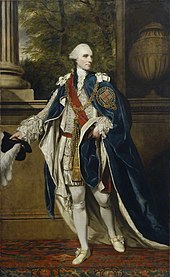 Oldest depiction of the battle near Döbeln (SB Jochai around 1763)

Map of the battle of Wilhelmsthal

Map of the Battle of Freiberg

Hubertusburg is chosen as an act of peace , illustration from the newly opened historical picture room

North America and the Caribbean 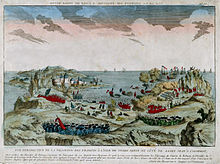 The French attack on St. John's

Map showing the deployment plan of the British troops 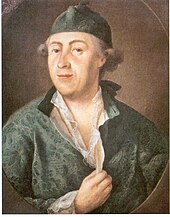 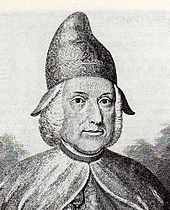 In his book Introduction a la Philosophie naturelle , the Dutch natural scientist Pieter van Musschenbroek describes the Perseids for the first time as an annually recurring event. 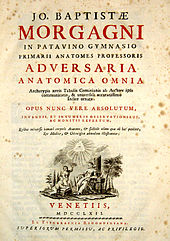 Giovanni Battista Morgagni , Professor of Anatomy at the University of Padua , has published an expanded edition of his six-part Adversaria Anatomica Omnia .

In April, Jean-Jacques Rousseau's political science work Du Contract Social ou Principes du Droit Politique ( On the Social Contract or Principles of Constitutional Law ) is published in Amsterdam and is immediately banned in France, the Netherlands, Geneva and Bern. An arrest warrant is issued against him in Paris and Geneva. His educational work Émile ou De l'éducation ( Émile or About Education ), published in the same year, is also banned. The Paris Archbishop Christophe de Beaumont attacks the work sharply.

The Fontana di Trevi in Rome , built according to the plans of Nicola Salvi , who died in 1751, will be completed after 30 years of construction.

The second, baroque building of the St. Michaelis Church, which burned down in 1750 , one of Hamburg's five main churches , based on a design by Johann Leonhard Prey and Ernst Georg Sonnin , will be consecrated on October 19th.

The British painter George Stubbs made his most famous painting Whistlejacket around 1762 . Stubbs is best known for the scientifically accurate reproduction of his animal motifs.

Text sheet of the oratorio for the inauguration of the Michaeliskirche 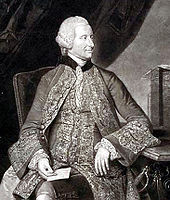 John Montagu, 4th Earl of Sandwich , plays cards for several hours and therefore supplies himself with sandwiches . Since then the dish has been called " sandwich ".

After five years as a Pennsylvania envoy in London, where he was unable to resolve the conflict between the colony and the Penn family, Benjamin Franklin returned to Philadelphia in the summer .

Caroline von Satzenhofen is elected abbess of the noble women's monastery in Vilich . At this point she is already the lover of the first minister of the Electorate of Cologne, Caspar Anton von Belderbusch . In the same year she was confirmed in her new office by the Archbishop of Cologne , Maximilian Friedrich von Königsegg-Rothenfels .

The Romanian ball sport Oină is first described in Diaetaetica . 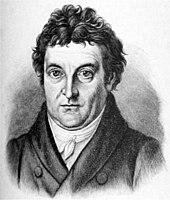 George IV as Prince of Wales 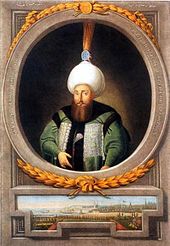 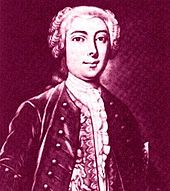 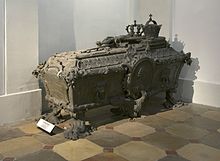