The war in the Baltic Sea region 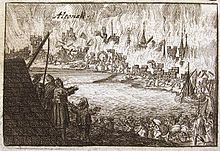 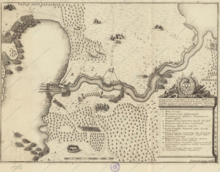 Plan of the Battle of Pälkäne

Europe in 1713 after the Peace Treaty of Utrecht 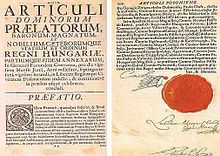 With the death of his father Friedrich I , King Friedrich Wilhelm I takes power in Prussia and Brandenburg on February 25th . As soon as he took office, he informed his ministers that he was demanding “neither advice nor reasoning, but obedience”. He describes it as a principle for every ruler that he "must do all his affairs himself". As a first official act, he declares the current budget of his state to be null and void. In order to get down from the 20 million thalers national debt of his father, mass layoffs and radical cuts in salaries are the result. In this way he succeeds in reducing farm costs from 276,000 to 55,000 thalers. A first standardization of the financial administration follows on August 13th , when the previously private royal caskets are made domain goods and the entire royal land property is declared indivisible and inalienable. In order to guarantee fixed, predictable income for the state, Friedrich Wilhelm leases this to citizens for management purposes. In addition, the king creates a central financial directorate for all domain income. In the same year Friedrich Wilhelm also began to expand the Prussian army .

The Gottorf giant globe, replica from 2005 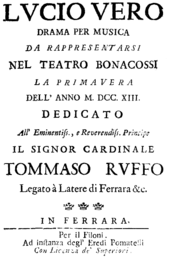 Title page of the libretto, music by Tomaso Albinoni

Cenotaph for Friedrich I in the Berlin Cathedral