Around June 29, an approximately 1000-strong combat unit of the Nogai Tatars from the Budschak devastated the area around Kamieniec Podolski , an important city and strong fortress in the Podolia region . It is unknown whether they did this on their own initiative or whether they were sent to scout on the instructions of the Ottoman Pasha Abaza. After two days, the Tatars return to the territory of the Principality of Moldova , a vassal principality of the Ottoman Empire, with their booty and the prisoners (Jasyr). The Polish ataman Stanisław Koniecpolski then orders the persecution and invades the Ottoman territory of Moldova, where he puts the Tatars in battle on July 4th and defeats them. He then moved back to Kamieniec Podolski. 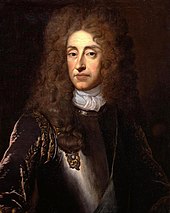