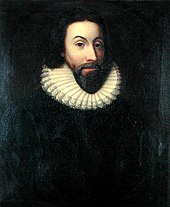 On June 28th, as a result of the conquest of La Rochelle the previous year , Cardinal Richelieu issued the Alès edict of grace directed against the Huguenots . In it, all security places previously granted in the Edict of Nantes are canceled. The Protestant armies are disbanded and their fortifications razed. National church meetings of the Huguenots can only take place with the consent of the king. The political defeat of the Huguenots is not used for forced conversions, however, the existence of Protestants on French soil is temporarily tolerated. 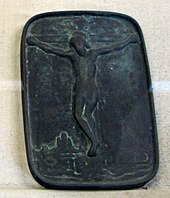 In Japan, fummies ( step pictures ) are used for the first time to expose supporters of the forbidden religion of Christianity . Anyone who is suspected of belonging to the Christian religion must publicly trample these images. 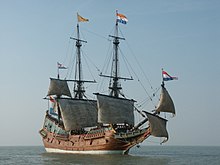 Replica of the Batavia 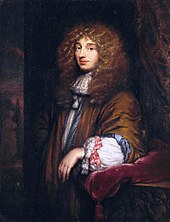