Plan of the fortress of Buda and the siege in 1686 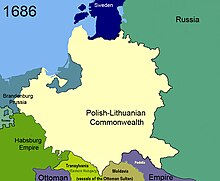 Poland-Lithuania and its neighbors 1686 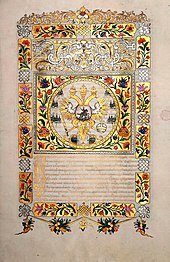 The peace treaty between Poland and Russia

With the Treaty of Moscow on May 6th, the eternal peace between Tsarist Russia and Poland-Lithuania is concluded. He formally ended the Russo-Polish War 1654–1667 and confirmed the agreements made in the 1667 Andrussowo armistice . The Rzeczpospolita is by the Poznań voivode Krzysztof Grzymułtowski represented the Russian side by Knyaz Vasily Golitsyn . Both sides undertake not to enter into a separate peace with the Ottoman Empire . By signing the treaty, Russia also joins the anti-Ottoman Holy League .

In the English colony of South Carolina , a law is passed for the first time that regulates the content of slavery .

Engraving of a cross and an eagle on the Stephansturm 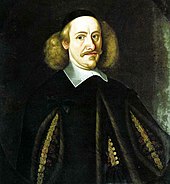