This article introduces the capital of the US state Georgia. For further meanings, see Atlanta (disambiguation) .

Atlanta is the capital and largest city of the US state Georgia . It is mostly in Fulton County and a smaller part in DeKalb County . It is the hub of the Atlanta metropolitan area .

Originally the area on which the present-day city is located was populated by the Cherokee and Muskogee Indians, who called the place Pakanahuihli (English Standing Peachtree ). The first white colonization began in 1823. In 1836 the place was determined by the Western and Atlantic Railroad as the end point of the railway line from Rossville / Chattanooga (Tennessee) to Georgia and was therefore initially named Terminus in 1837 (roughly: "End station"). 1843 was the then governor of Georgia to Martha Lumpkin, daughter of Wilson Lumpkin , Marthasville baptized before its present name Atlanta received. The origin of the latter name is not entirely clear. The governor's daughter could have had the middle name Atlanta , or it could be the feminine form of Atlantic .

When the Civil War began in 1861 , the city already had 9,000 inhabitants. Because of its function as a trading point and railroad hub in the southern states, Atlanta was an important target for the opposing Union troops and was besieged for several months. The city was of such importance that it was a day's train ride to any city in the southern states .

The siege began with the Battle of Atlanta on July 22, 1864. After Union general William T. Sherman's troops managed to capture the last supply line to Macon , Southern General John Bell Hood evacuated the city. Sherman was able to announce to President Abraham Lincoln on September 3 that the city had been successfully taken. The capture of Atlanta is considered an important reason for Lincoln's re-election in 1864 and thus the further course of the war and one of the great turning points in the American Civil War.

On November 11, 1864, Union forces burned Atlanta. This resulted from the principle of total war applied by Sherman , which intended to involve the civilian population. Sherman continued this tactic on his campaign through Georgia, which led him to Savannah on the Atlantic coast. The destruction of Atlanta was literary in the novel Gone with the Wind by Margaret Mitchell processed.

After the war ended, it only took a few months for the first residents to return. Although around 90% of the buildings were destroyed by that time, the residents quickly rebuilt their city. In 1868 Atlanta became the capital of Georgia.

Around noon on May 21, 1917, a fire was reported at Skinner's Warehouse near the corner of Fort and Decatur Streets. Since the fire brigade was spread across the entire city due to several previous fires, the fire had already spread far to the north when it arrived. The fire destroyed 1,938 buildings, mostly wooden houses, in an area spanning 73 blocks, and left about 10,000 people homeless. The only fatality was a person who died of a heart attack upon seeing their house destroyed.

A series of murders occurred in the city from 1979 to 1981, known as the Atlanta Child Kills .

In 1996 the 26th Summer Olympics took place in Atlanta . The torchbearer was Muhammad Ali . 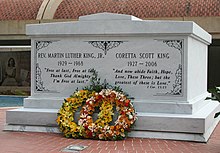 Coat of arms and motto

Atlanta owes its coat of arms and motto to the reconstruction after the American Civil War . The city's heraldic animal is a phoenix , which is supposed to represent the resurrection from the ashes of war. Likewise, the city motto "Resurgens." (Latin for rising again ).

Atlanta lies in the subtropical climate zone on the geographical latitude of North Africa . The annual average temperature is 16.4 ° C and the total rainfall is 1197 mm. The warmest month of the year is July with an average of 26.0 ° C, while December is the coldest with an average of 6.7 ° C.

Atlanta owes the climatic middle ground between the heat of the plains of South Georgia and the snowfall of the mountains to the north to its location in the Piedmont , the foothills of the North Georgia Mountains (part of the Appalachian Mountains ). Despite its subtropical location, Atlanta usually has snow for at least a short time during winter . In summer, lack of rain can lead to drought . Tornadoes occur regularly in and around Atlanta, including the Atlanta Tornado Outbreak in 2008.

The metropolitan area of ​​Atlanta generated an economic output of 363.8 billion US dollars in 2016 and thus ranked 10th among the metropolitan areas of the USA and is one of the economically most dynamic cities in the country. The unemployment rate was 3.4 percent and was thus below the national average of 3.8 percent (as of May 2018).

The Hartsfield-Jackson International Airport in Atlanta, the airport with the highest passenger traffic worldwide.

Local public transport is operated by the Metropolitan Atlanta Rapid Transit Authority (MARTA) with four subway and various bus routes that run between 5:00 a.m. and about 1:00 a.m. Night lines do not exist. The subway usually runs every 10 minutes. As in many major US cities, no timetable is posted at bus stops. The respective connection must be requested via a free telephone number.

In addition to the Coca-Cola Company , Cox Enterprises , CNN , UPS , The Home Depot , PulteGroup , Genuine Parts Company , Georgia-Pacific , Novelis , Veritiv , SunTrust , Southern Company and Delta Air Lines, they have been settling in recent years due to the low Tax rates many companies in and around Atlanta apply. Meanwhile, Atlanta ranks third among American cities with the most Fortune 500 corporate headquarters . Until 2007, the headquarters of BellSouth , the largest telephone company in the southeastern United States, and that of the wireless operator Cingular Wireless were also in Atlanta. However, with the takeover by AT&T , the company's headquarters were relocated to San Antonio , Texas .

Atlanta is home to a number of internationally renowned universities such as the Georgia Institute of Technology , Emory University and Georgia State University .

The city is also the seat of the Countyverwaltung ( county seat ) of Fulton County . Therefore, the actual urban area extends mainly to Fulton County. However, the metropolitan area goes far beyond that and also includes other counties, especially DeKalb County .

Atlanta is ruled by a mayor and the city council. The city council consists of a total of 15 representatives. Of these, twelve are elected as direct candidates in the districts and three by the general population. The mayor has the right to veto regulations of the city council , which can be overruled by the city council with a two-thirds majority. So the city's government is very reminiscent of the United States' Constitution .

Maynard Jackson served as mayor for two terms from 1973 to 1982 ; he was replaced by Andrew Young . Young had a total of three terms, he was replaced in 1990 by Jackson, who completed his third term. In 1994 Bill Campbell became mayor of Atlanta. During Campbell's tenure, the government had a reputation for corruption. Campbell was convicted in 2006.

In 2001, Democrat Shirley Franklin became the first woman to serve in Atlanta mayor's office. She was re-elected in 2005 with 90% of the vote. On January 4, 2010, the also Democratic Kasim Reed became her successor.

Atlanta is home to a variety of professional sports teams including: 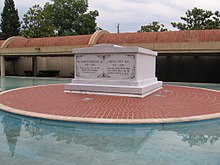 The city's most famous son was the Nobel Peace Prize laureate Martin Luther King . Born in Atlanta in 1929, he also preached in his father's church, Ebenezer Baptist Church on Auburn Avenue. After his murder on April 4, 1968 in Memphis, Tennessee , he was buried in Atlanta in the King Memorial Center. His wife Coretta Scott King was buried next to her husband in 2006. 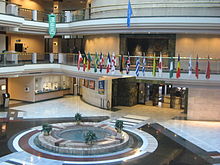 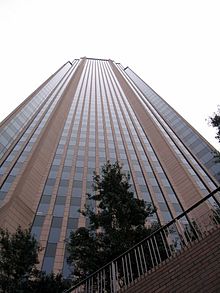 Atlanta has the following city partnerships: