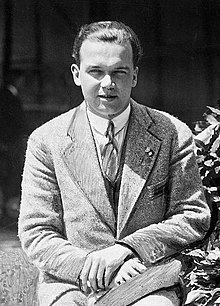 Caracciola was the son of the hotelier and wine wholesaler Otto Maximilian Caracciola (1866-1915) and his wife Mathilde nee Preutz (1867-1937). Caracciola's parents gave their son the opportunity to try driving a Mercedes 16/45 . At the age of 15 he was allowed to get his driver's license with a special permit.

After completing school at the "Institut Kalkuhl" boys' school (today Ernst-Kalkuhl-Gymnasium ) in Oberkassel , Caracciola initially worked as a trainee at Berlin-Anhaltische Maschinenbau AG in Cologne and then switched to sales at the Aachen-based automobile manufacturer Fafnir . His racing career of more than 30 years began on the motorcycle. In 1922 he won the motorcycle race “Around Cologne” and, as a works driver for Fafnir, took fourth place in the Berlin AVUS race . After the victory in a small ego car in Berlin's Grunewald Stadium that followed soon after , Caracciola applied to Daimler-Motoren-Gesellschaft (DMG) and got involved as a racing driver in the era of supercharged vehicles. In 1923 he drove his first race as a works driver in the Mercedes 6/25/40 hp supercharged sports car in Baden-Baden and scored eleven more victories in the same year.

In the following year he won the first car race on the newly built and, according to his statement, “heavy heavy” Nürburgring . A few years later he was the first to deliberately drive the narrow left-hand bend Karussell there using the ditch on the inside, which enabled significantly higher speeds. This trench was originally created only for draining rainwater. The carousel was then attached as a steep curve using concrete slabs, making it a regular part of the slope. This famous corner on the Nordschleife was renamed the Caracciola carousel in 2001 on the occasion of his 100th birthday .

Caracciola won almost exclusively in a Mercedes-Benz in numerous Grand Prix races and sports car races. In 1931 he was the first non-Italian to win the Mille Miglia 1931 in Italy in an SSKL with his co-driver Wilhelm Sebastian , although he could hardly be supported by Mercedes-Benz due to the global economic crisis and thus for the 1000-mile race on public roads couldn't train. Neither were there enough mechanics or material available for the necessary stops. In order to continue racing, he had to sign up for Alfa Romeo in 1932 . In an accident at the Monaco Grand Prix in 1933 , he suffered severe hip injuries.

Caracciola was also very successful in hill climbs . In 1930 and 1931 he won the European Hill Climb Championship for sports cars on Mercedes-Benz and in 1932 for racing cars on Alfa Romeo.

In February 1934, his wife Charlotte was killed in an avalanche accident in Switzerland, the couple's new adopted home.

During the famous Silver Arrow era (1934–1939) he was three times European champion , comparable to today's Formula 1 world championship title. His most important competitors during this time, along with Manfred von Brauchitsch and Hermann Lang in their own team, were the Auto Union drivers Hans Stuck and Bernd Rosemeyer . Caracciola set numerous world speed records on the newly completed highways (for example on the Dessau race track ). On January 28, 1938, he drove a Mercedes-Benz W 125 432.7 km / h for the flying kilometer and 432.0 km / h for the flying mile, the fastest speeds on public roads for almost 80 years. Especially in the rain, Caracciola was seen as a faster and safer driver, which earned him the name “rain master”.

Caracciola, who met Hitler on the occasion of a vehicle handover in 1931, joined the NSKK after 1933 , where he achieved the rank of Obersturmführer . The hotelier's son spent the war at his home in Switzerland. After long resistance from the Bern Federal Prosecutor's Office and the associated investigations, he received the Swiss citizenship applied for in October 1946 in 1949 .

In 1946 Caracciola wanted to start in Indianapolis , but had an accident during training when a bird hit his face under the open helmet, which was then still protected by simple glasses. In 1952 he attempted a comeback in the Mille Miglia in a Mercedes-Benz 300 SL , where he finished fourth.

In 1952 he had a serious accident on the 13th lap of a sports car race on the Swiss Bremgarten circuit near Bern and suffered a triple fracture of his left lower leg. As a result, he had to end his racing career for good.

Caracciola died on September 28, 1959 in Kassel at the age of 58 years of liver failure as a result of liver cirrhosis . His grave is in the Lugano-Castagnola cemetery (Switzerland).