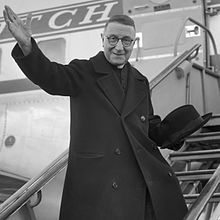 Paolo Giobbe studied philosophy and Catholic theology in Rome . He was ordained a priest on December 4, 1904 and then worked for five years as a parish priest in the Diocese of Rome . In 1909 he was appointed censor of the Roman Liturgical Academy and official of the Congregation for the Propagation of the Faith . In 1917 Pope Benedict XV awarded him . the title of Papal House Prelate , in 1918 he made him head of the Papal Athenaeum De Propaganda Fide .

In 1925 he was appointed titular archbishop of Ptolemais in Thebaide and received episcopal ordination from Pietro Cardinal Gasparri in the chapel of the Pontifical Urban University . Co- consecrators were Tito Trocchi , titular archbishop pro hac vice of Lacedaemonia and Apostolic Internuntius in Cuba, and Alessandro Fontana , bishop of Ferentino . His motto was: Haerere Christo (" To be bound to Christ"). Pope Pius XI appointed him in the same year apostolic nuncio in Colombia . In 1935 Pope Pius XII sent him . as intern in the Netherlands . He stayed there for more than twenty years, until 1958, with the exception of World War II .

Pope John XXIII accepted him in 1958 as a cardinal priest with the titular church of Santa Maria in Vallicella in the college of cardinals . Giobbe was from August 8, 1961 to July 3, 1969 Cardinal Patron of the Order of Malta . He attended the Second Vatican Council from 1962 to 1965 .

Paolo Cardinal Giobbe died on August 14, 1972 in Rome and was buried in the Campo Verano cemetery.