The title of this article is ambiguous. Further meanings are listed under Diplomat (disambiguation) .

A diplomat is a government commissioner who represents his state at government level in relation to foreign states or international organizations under international law . He can act as head of a diplomatic mission or be subordinate to it.

Anyone who has envisaged a career as a diplomat in the higher foreign service and is preparing for the next appointment for the one-year training at the Berlin-Tegel Academy must meet the following requirements:

After passing the entrance test at the Foreign Office , one year of full-time instruction follows in the diplomatic school, which moved from Bonn - Ippendorf to Berlin-Tegel in 2006 . Here are history , politics , law and economics in the curriculum. This preparatory service ends with the career test ; Once they have passed the career test, the students are transferred to the higher-level foreign service. A diplomat within the meaning of international law is only someone who is then accredited at a German diplomatic mission abroad. In Germany, for example , diplomats deployed at the headquarters of the Foreign Office enjoy no immunity or other privileges.

Civil servants in the higher-level foreign service require the technical college entrance qualification or the Abitur instead of a completed academic university degree . After successfully completing the selection competition, they can expect a three-year training course at the Foreign Service Academy, after which they will be awarded the academic degree of Diplom-Verwaltungswirt (Foreign Affairs Department). The study includes not only a sound legal education, particularly in the areas of Private International Law , Civil Law , Immigration and nationality law , heads of state and international law and lectures from the fields of history , operation and economics as well as training experience at the headquarters of the Foreign Ministry as well as to a federal mission abroad.

According to the so-called generalist principle, the employees of the Foreign Office can be deployed anywhere in the world and entrusted with any task in their career. A restriction to a certain work area or a certain region is not possible.

Requirements for admission to the higher foreign service at the Austrian Federal Ministry for European and International Affairs include:

In the diploma course of the Diplomatic Academy Vienna, interdisciplinarity u. a. in the areas of politics, international relations and the functioning of international organizations, a focus of the training objective. In addition, intensive language training in English and French is on the schedule. The language of instruction is English, but is supplemented by courses in German and French.

After being accepted into the higher foreign service of the Austrian Foreign Ministry, the civil servant must complete basic training. The first transfer to a representative authority abroad takes place at the earliest in the second and at the latest in the fourth year of service, whereby the service examination must be taken beforehand.

In Switzerland, a selection process is used to select suitable applicants with prior training. There is no explicit diplomatic school, relevant previous training is a prerequisite. Prospective diplomats receive a 10-week introductory training course at the Federal Department of Foreign Affairs (FDFA) Bern, the training takes place in missions.

Diplomats have enjoyed a right to immunity not just since the Vienna Convention on Diplomatic Relations of 1961 : this has long been common law . It means that they are protected from persecution, arrest , and any other sovereign measure during the diplomatic mission . In addition, they do not have to pay any taxes in the receiving state. Diplomats receive a power of attorney from their home country to represent their home country vis-à-vis other states and, in particular, to negotiate and sign international agreements .

Homer describes Menelaus and Odysseus' diplomatic mission to Troy to get Helen back. Antimachus 'proposal to kill the two ambassadors in defiance of their immunity was rejected with horror by the Trojans' assembly.

The traditional principle of immunity was laid down in writing in the Vienna Convention on Diplomatic Relations. According to a common misconception, the diplomat's office buildings and private apartment are often referred to as “ extraterritorial ”. The diplomat's office and living quarters are simply inviolable. Diplomats who are also nationals of the “receiving state” are called regnicoles . These diplomats enjoy immunity only in relation to their official acts. The possession of a diplomatic passport does not, in itself, confer immunity , but only the accreditation in a host state.

During war , diplomats are usually withdrawn for reasons of personal security. In times of diplomatic displeasure, ambassadors or other diplomats are often called back for a short or long term in order to express the dissatisfaction of the sending state. 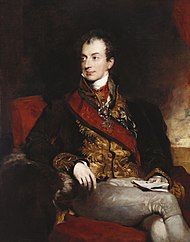