Leicester City has played its games at King Power Stadium since the 2002/03 season .

The club was founded in 1884 with reference to its former stadium on Fosse Road as Leicester Fosse and joined the English Football Association in 1890 . Starting in 1891, the Foxes played at the Filbert Street Stadium continuously for nearly 111 years . In 1908 they rose to the First Division for the first time . The name was changed to Leicester City in 1919, as the old club had dissolved due to financial difficulties and Leicester had been promoted from the district to the city at the same time. During the 20th century, the team shuttled back and forth between the top two divisions without achieving great success. She reached the FA Cup final four times without winning (1949: 1: 3 against Wolverhampton Wanderers , 1961: 0: 2 against Tottenham Hotspur , 1963: 1: 3 against Manchester United , 1969: 0: 1 against Manchester City ). In 1929 Leicester City was runner-up in England.

After Leicester City had finished the 2000/01 season only in 13th place, the club's relegation followed in 2002 with only five wins from 38 games. The club was on the verge of bankruptcy with a £ 30 million debt burden. During this difficult time, Leicester City was led by a consortium of 55 shareholders, with Gary Lineker at the helm. The Serbian-American multimillionaire Milan Mandarić , former owner of Portsmouth FC , had already announced his interest in a takeover in October 2006 and, according to plans, should head the club from January 2007. After several unforeseen delays - caused by legal problems, opposition from the shareholder base and incorrect financial disclosure by former club officials - the sale was officially announced on February 13, 2007. The transfer investments should be in the range of nine million pounds (around 13.3 million euros) - spread over the next 15 months. As a result of the takeover, Mandarić became the majority shareholder with slightly over 75 percent shares. His investment plan was to bring the club to the Premier League within the next three years.

Mandarić was noticed by his (already known from Portsmouth) high coach wear. After interim coach Rob Kelly followed towards the end of the 2006/07 season due to poor results of the Northern Irish Nigel Worthington . Then Martin Allen (formerly Milton Keynes Dons ), Gary Megson and the duo Frank Burrows / Gerry Taggart were allowed to try their hand at team managers in the following season . However, their duration of action was again short-lived.

From November 2007 signed Ian Holloway , who came from Plymouth Argyle , but was unable to save the club from relegation to the third highest English league, Football League One . He was accused from many sides of having acted tactically negligent. On the final day of the Football League Championship 2007/08 season, Leicester City needed at least one draw while losing Southampton FC . City achieved this goal with a 0-0, but since Southampton had won 3-2 at the last minute against Sheffield United , relegation to the third division was certain. At the end of the 2007-08 season, head coach Holloway was sacked.

As of the end of June 2008, the former English defender Nigel Pearson , who had previously coached Newcastle United (as Caretaker Manager ) and (at short notice) Southampton FC , was the new hope . Pearson's attitude as well as his previous transfer policy had a positive effect on the team and the results. With only ten remaining games still outstanding in the first League One season, Leicester City was in first place in the table with 78 points from 36 games. One of the reasons for this was a long series without defeat in the league, which began in October 2008 (after the 2: 3 in the home game against Brighton & Hove Albion ) and after 23 games only on March 11, 2009 with a 0: 2 at Tranmere Rovers came to an end. The team equalized with a 1-0 away win at the Bristol Rovers on February 21, 2009 the old club record from the 1970/71 season and exceeded it for the first time in the following game at the Milton Keynes Dons , as Max Gradel in the 97th minute a free kick goal ensured the 2-2 final score. The return to the second highest English league celebrated Leicester City following a 2-0 away win against Southend United on April 18, 2009.

The club was on a play-off course for much of the championship season, which indirectly allows promotion to the Premier League. Towards the end of the regular 46 games of the season, the team lost four games in a row, including a 0-1 at local rivals Derby County , when goalkeeper Chris Weale could not stop a back pass and owed an own goal. The team fought their way back and won the last five league games in a row, including a 2-0 win against relegated Premier League FC Middlesbrough in the last home game of the regular season. In the end, the team finished fifth in the league and then played, in May 2010, over two rounds, against Welsh co - promotion rivals Cardiff City , who ended the season in fourth place, to get into the play-off final at the new Wembley Stadium , which took place on May 22nd. Leicester City lost against Cardiff City 0-1, 3-2 (3-4 on penalties) and thus missed promotion.

In 2010 the club was taken over by the Thai consortium Asian Football Investments under the leadership of Vichai Srivaddhanaprabha , the founder and then CEO of King Power International Group , who also became president of the club the following year.

After finishing eleven and nine in the 2010/11 and 2011/12 seasons, Leicester City finished sixth in the Football League Championship at the end of the 2012/2013 season and thus returned to the play-offs for promotion to the Premier League . When it was 2-2 on aggregate at Watford FC shortly before the end of the second leg and extra time was imminent, Leicester City was awarded a penalty. Anthony Knockaert , however, failed in the seventh minute of stoppage time in a shot and margin on the opposing goalkeeper, Watford FC scored a goal in direct return. Leicester City had again failed to rise in the play-offs.

On April 5, 2014, Leicester City was promoted directly to the Premier League , after the leap from third to first place on matchday 40 thanks to defeats by competitors for promotion, Queens Park Rangers and Derby County .

In the first Premier League season after relegation, it looked long after relegation; On the 30th match day the club was knocked out last. After a series of seven wins and a draw from the last eight games, the season ended in 14th place and relegation was prevented. Despite the dismissal of head coach Nigel Pearson in the summer because of a racism incident on a promotional tour along with three young players through Thailand (among the players and his son was James Pearson ) This trend was in the following season 2015/16 the new coach Claudio Ranieri continued . The team got off to a strong start into the season and climbed to the top of the table for the first time on matchday 13. Only after a 3-1 away win against direct rivals Manchester City on February 6, 2016, Leicester City was considered a serious candidate for the title. At this point the 'Foxes' were already first again and should not give up this position from the 23rd matchday on. On matchday 36, Leicester City finally secured the first championship title in club history. After a 1-1 draw at Manchester United on May 1, 2016, pursuers Tottenham Hotspur did not get past a draw against Chelsea a day later, which meant that Claudio Ranieri's team could no longer mathematically be ousted from the top of the table and as English champions was certain. Ranieri almost always relied on the following starting XI throughout the season in a 4-4-2 system : Kasper Schmeichel (38 games / 38 times starting XI / 0 goals) - Danny Simpson (30/30/0), Wes Morgan (38 / 38/2), Robert Huth (35/35/3), Christian Fuchs (32/30/0) - Riyad Mahrez (37/36/17), Danny Drinkwater (35/35/3), N'Golo Kanté ( 37/33/1), Marc Albrighton (38/34/2) - Jamie Vardy (36/36/24), Shinji Okazaki (36/28/5). Vardy was named second top scorer and Premier League Player of the Season ; Mahrez was the fifth best assists this season. (C)

Before the 2016/17 season , Ranieri extended his contract until 2020. N'Golo Kanté, however, left the championship team for Chelsea . On February 23, 2017, Ranieri was relieved of his position as a coach.

On the evening of October 27, 2018, the club president's private helicopter, Vichai Srivaddhanaprabha, crashed near the stadium. The helicopter had taken off from the center circle of the field shortly before . All five inmates died.

Relationships with other clubs

Leicester City, along with Sunderland AFC, holds the record for the most championships in Division Two (now known as the Football League Championship ) since the end of World War II .

The highest victory dates from the 1894/95 season, when they beat Notts Olympic 13-0 in qualifying for the FA Cup . The team suffered the biggest defeat in the 1908/09 season against the unloved competitor Nottingham Forest, when it set a 0:12.

The record attendance of 47,298 was reached on February 18, 1928 in the FA Cup against Tottenham Hotspur.

On October 25, 2019, Leicester won 9-0 at Southampton FC , the highest away win in the history of the Premier League. 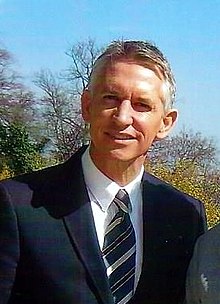 Leicester City has produced a number of internationally known players, including England goalkeepers Gordon Banks and Peter Shilton, and nationally known strikers Gary Lineker and Emile Heskey , who both played for England. 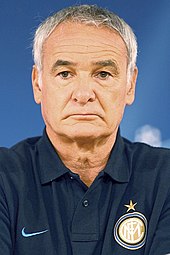 Under the coach Claudio Ranieri , Leicester City became English champions for the first time in 2016 .

Clubs in the English Premier League in the 2020/21 season