Statue of Louis IX the saint in Aigues-Mortes

In August, the French King Louis IX receives . in Paris the English Prince Edward Plantagenet to plan the organization of the coming crusade with him . The port of Aigues-Mortes is set as the collection point for the fleet and August 15, 1270 as the date for departure to the Levant. On the occasion of this crusade, the French king had his own ships built for the first time, while ships from Genoa and Marseille had taken over the transport of the army twenty years earlier . Florent de Varennes is appointed admiral of the upcoming fleet.

While Louis IX. is still busy with the construction of his fleet, on September 1st King James I of Aragón sets sail with his ships from Barcelona . But still near the coast he gets caught in a storm and his fleet is pushed back to the coast, whereupon he ends his crusade again. Only a squadron led by two illegitimate sons of the Catalan reached the port city of Acre , one of the last bases of the Crusaders in the Kingdom of Jerusalem , and got into the first skirmishes with the Mamluks there . 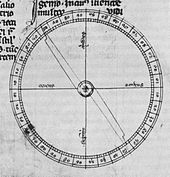 Isabelle as a figure at the church of Saint-Germain l'Auxerrois