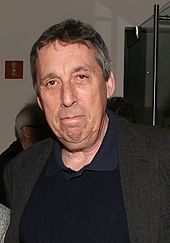 Reitman was born in Komárno in what is now Slovakia . His Jewish family was persecuted during the Holocaust . After the war ended, the family fled to Canada. Reitman grew up in Toronto , then studied at McMaster University in Hamilton . He worked for the television station CITY-TV in Toronto, but was fired after just under a year. With the film I think a horse kicks me ( National Lampoon 's Animal House ), he made his breakthrough as a director and film producer in 1978.

Reitman is best known as a director of comedies in the 1980s and 1990s. His greatest successes include the fantasy comedy Ghostbusters from 1984 and its sequel from 1989, the action comedies Twins from 1988 and Kindergarten Cop from 1990.

Reitman worked repeatedly with Arnold Schwarzenegger , Bill Murray , Dan Aykroyd , Kevin Kline , Harold Ramis and Sigourney Weaver . In 1984 he was named "Director of the Year" by the National Association of Theater Owners .

In 2000 Reitman founded the production company The Montecito Picture Company .

Reitman has been married to actress Geneviève Robert since 1976 and has three children. His son Jason Reitman is also a director. His daughter Catherine Reitman is an actress in the Los Angeles comedy group The Groundlings .

In 2001 Reitman received a star on Canada's Walk of Fame in Toronto .

In 2009 he was named Officer of the Order of Canada "for his services as a producer and director and for promoting the Canadian film and television industry" .