This article is about the profession. For the comedy see Die Physiker . 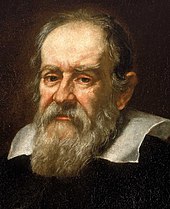 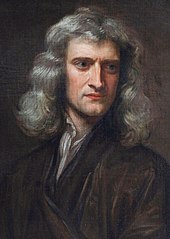 On the basis of mathematics, Isaac Newton laid the foundations for the development of modern physics as an exact science 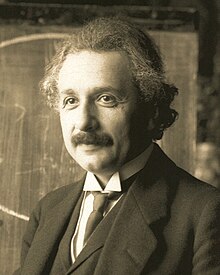 Physicists work in various professional fields: They work on tasks in basic and industrial research , development , production , consulting , organization and administration, in marketing , in the public service and in teaching at schools and universities. In doing so, they apply methods from theoretical , experimental and applied physics . Mathematics is an indispensable tool .

Many physicists work in the research and development departments of companies in almost all industries, for example in mechanical or vehicle construction , radio and communications technology , medicine , measurement , control and regulation technology , energy generation and distribution or chemicals Industry . Physicists who have studied to become teachers usually work as teachers in schools . Around 25% of the approximately 6,500 German patent attorneys originally studied physics before taking additional legal training.

According to a study published in February 2010 by the German Physical Society (DPG), carried out by the Cologne Institute for Economic Research , the situation for physicists on the job market is worse than for other academics. On the basis of data collected from the microcensus of the Federal Statistical Office, the unemployment rate can be calculated for all those of working age up to 65 years of age who have been trained as physicists, i.e. i.e. who have completed a physics degree at a university or a technical college (apprenticeship physicist). In 2007, this rate was 4.5 percent and was thus somewhat higher than the average unemployment rate among academics (3.9 percent), but lower than the unemployment rate for the general population (8.6 percent). The values ​​can only be compared to a limited extent with the unemployment figures of the Federal Employment Agency, which indicates an unemployment rate for physicists and mathematicians of 6.6% for 2007 (for 2011 5.8%) (based on the employees subject to social security contributions), as job seekers there not according to the training occupation, but according to the desired target occupation. All physicists who have a position in another profession, e.g. B. in the IT sector. From the DPG labor market study it is clear that the Federal Employment Agency only records around ¼ of people with a physics degree.

The difference in the rates is also influenced by the fact that different populations were used as the basis for determining the rate. For example, there is a difference between the unemployed and the unemployed (see Wikipedia article on unemployment statistics ), and the statistics of the Federal Employment Agency consider physicists, statisticians and mathematicians together.

At the end of 2014, around 14,800 people were employed as physicists (2,600) or physicists (12,200) in Germany. The unemployment rate among physicists, mathematicians and statisticians was 2.6 percent in 2013. Compared to the period 2008–2013, the number of vacancies has fallen sharply since 2014, especially in universities and research institutions. Unemployment has also risen among young professionals, the number of which will continue to rise until around 2018. In 2015, around 1,800 physicists were registered as unemployed (2008: around 800).

In their studies, physicists learn the process of mathematical modeling and its verifiability. Although this ability is primarily applied to physical issues in the course of studies, areas of application can also be found in other areas of technology and natural sciences and beyond.

A degree in physics requires a degree from a university . It is considered a professional qualification. At the moment, the diploma courses at many German and Swiss universities are being replaced by the new international Bachelor / Master courses.

There are also Bachelor's / Master's degrees in physics engineering and teaching degrees . Physics with a master’s degree can only be chosen as a minor subject at almost all universities.