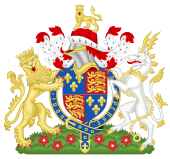 The English King Henry IV dies on March 20 in the Jerusalem room of the abbot of Westminster's house, presumably of leprosy . His successor is his son Heinrich V , after he was reconciled with his father shortly before his death. Immediately after taking office, Heinrich embarked on a policy of reconciliation that was primarily intended to remove the rifts in English society and in the nobility that his father's seizure of power had opened up . Richard II is rehabilitated in his memory as a former king and buried in Westminster Abbey. The aristocratic families York , Mortimer, Percy and Holland , who have repeatedly revolted against the rule of the Lancasters and have therefore been expropriated, Henry V reinstates their rights. 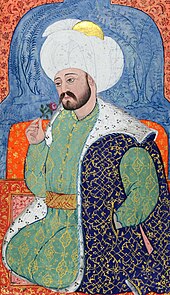 Mehmed I., Ottoman miniature of the 16th century