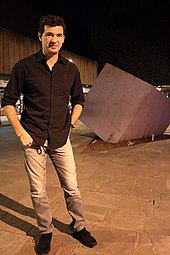 Julio Médem from the Basque Country is one of the most important living Spanish directors and is often mentioned in the same breath as Pedro Almodóvar . Due to the often complex, intertwined, poetic storylines of his films, which are created by fateful coincidences and skillful camera work, his films have an unmistakable artistic signature.

Médem likes to work with symbolism in his films . Not least because of his attention to detail, films like The Lovers of the Arctic Circle or Lucia and Sex achieved almost cult status with viewers and created a loyal fan base for him, not only in Spain. With La Pelota vasca. La piel contra la piedra - the title could be translated as "Basque Ball. Skin against stone" - a documentary film about the Basque Country and the conflict with Spain, Médem dared to tackle a controversial topic. In his documentation he tries through numerous interviews to illuminate the topic from both sides and from as many perspectives as possible, without taking sides himself, as was sometimes suspected due to his Basque origin.