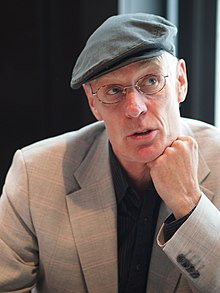 After he was born - when he was only three weeks old - the family moved to Canada. Frewer grew up as one of five siblings in Peterborough in the province of Ontario and attended private Lakefield College School , also his future fellow actor Barclay Hope from the TV series PSI Factor had visited.

After finishing school, Frewer lived in England from 1977 to study acting at the renowned Old Vic Theater School in Bristol , founded by Laurence Olivier , which he successfully completed in 1980 after three years of training.

Frewer has been married to British actress Amanda Hillwood since 1984, with whom he has one child. The couple lived in Marina del Rey from 1989 and later moved to Ottawa , Canada. Frewer is a birthright citizen of the United States and Canada. 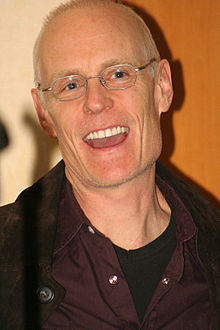 Frewer's stage and film career began in 1983, and since then he has appeared in numerous productions.

He made his film debut in the role of a cadet in the military drama Cursed Is What Makes You Strong . His first role on television followed in 1984 in the miniseries The First Olympics: Athens 1896 , in which he played the US athlete Francis Lane , who took part in the first competition of the first modern Summer Olympics and was third.

Frewer had his breakthrough in 1985 with the almost one-hour cyberpunk film Max Headroom (in the original Max Headroom: 20 Minutes into the Future ). In the film, which won a BAFTA Award and two Royal Television Society Awards, Frewer played the television reporter Edison Carter from the fictional Network 23, who suffers severe head injuries when he is in an accident with a "Max. Headroom 2.3m "sign collided (English for" Max. Passage height 2.3 m "). Based on Carter's memories, the artificial character “Max Headroom” is created, also played by Frewer, who takes on his role and develops his own personality.

Due to the success Frewer played the character in the British The Max Headroom Show between 1985 and 1987 in a total of three seasons, this time as a video jockey commenting on music videos on the British Channel 4 - in the last season also in interaction with a studio audience. The format achieved cult status and won a BAFTA in 1986 for graphics that were still revolutionary at the time.

At the end of 1986 there was a remake of Max Headroom: 20 Minutes into the Future as a pilot film for the 14-episode television series Max Headroom , which aired in the United States from mid-1987 and is set in a dystopian future in which an oligarchy of television networks the World rules. Frewer appeared in his role at this time in numerous other formats, including on talk shows, in promotional videos for Coca-Cola (" New Coke ") and in the music video Paranoimia by Art of Noise . In the same year there was the “Max Headroom broadcast signal intrusion” (also called “Max Headroom incident”), in which the television signal from various cable networks in Chicago was hijacked for several hours by a still unidentified person wearing a Max Headroom mask and disturbed many viewers .

From 1989 to 1991 Frewer played Dr. Mike Stratford in the American television series Doctor Doctor . As "Trashcan Man" he was seen in the 1994 Stephen King film adaptation of The Stand - The Last Stand ; he also had roles in other Stephen King adaptations such as Quicksilver Highway (1997), Riding the Bullet (2004), Desperation (2006) and 2011 in the two-part television film Bag of Bones , which is based on King's novel Sara .

Between 1997 and 2000 he played the "Office of Scientific Investigation and Research" agent Matt Praeger in the television series PSI Factor - It Happens Every Day .

In 2000, Frewer received the Gemini Award in the category "Best Actor in a Children's Program or Series" for his role as Frederick Banting in the series Mentors . In the same year he was also nominated for his guest role as Larry Williams in the series Da Vinci's Inquest .

In 2006 he took on the role of Jim Taggert for two seasons in the television series Eureka - The Secret City and had guest appearances in later seasons of the series. In 2009 he was seen as Edgar Jacobi ("Moloch") in the comic book adaptation Watchmen - The Guardians and as "White Knight" in the two-part short series Alice in Wonderland . In 2010 he embodied one of the four apocalyptic horsemen , the " Pestilence ", in two episodes of the television series Supernatural .

In the first two seasons of the Canadian science fiction television series Orphan Black , he played the character of Dr. Aldous Leekie between 2013 and 2017. In the film Pixels from 2015, Frewer was seen again in his role as “Max Headroom”.

In the more recent past he played the second general in Steven Spielberg's film The BFG from 2016 and in 2018 the character Carnage in two episodes of the series Altered Carbon - The immortality program of the streaming provider Netflix . That same year, Frewer was cast for the Netflix horror series The Order .

In 2019 he played Logan in the television series Fear the Walking Dead .

In addition to his work in front of the camera, Frewer also worked several times as a voice actor for cartoon series such as Batman: The Animated Series (1993) or The Incredible Hulk (1996-1997).