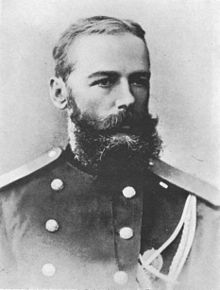 Alexander Järnefelt was in the service of the Russian tsar. After training with the astronomer Wilhelm Struve at the Pulkowo Observatory near Saint Petersburg and was appointed head of the Finnish section of the topographical office of the Russian Army in Helsinki in 1870. He later embarked on an administrative career and was successively governor of the provinces of Mikkeli (1883-84), Kuopio (1884-88) and Vasa (1888-94). In 1894 he was given a position with the rank of lieutenant general corresponding to a defense minister of Finland.