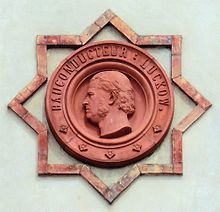 Bauconducteur or Baukondukteur is a historical name for a minor building officer in the late 17th to early 20th century, who was entrusted with the direct supervision of individual state building measures. According to today's understanding, civil engineers and architects were civil servants; for example, in 1824 the founders of the Berlin Architects' Association were predominantly building managers. The general conditions under which the construction conductors were trained and worked were different in the German states, in their provinces and in the major cities; there were also construction conductors in the railways and the post office.

Origin of the profession 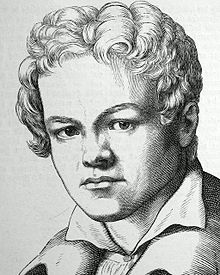 Karl Friedrich Schinkel , one of the first students at the Royal Building Academy 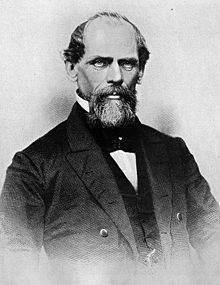 John A. Roebling , building manager in Westphalia until 1831

The metalworkers in the building works of the Gothic and Renaissance periods combined the handicraft activities of stonemasons and sculptors, the organizing function of the site manager, and the creative task of the architect. The builders or renowned foreign artists also occasionally acted as architects. In the cities, access to the building trades and their exercise were regulated by the guilds. Independently of the guilds, the huts existed as church or municipal construction companies that awarded contracts to masters and employed masters and members of non-guild professions themselves. From around 1660 the builders of the large churches and stately palaces were no longer independent craftsmen, but employed senior building directors, construction managers, fortress builders and engineers. An essential part of the master builder's training, often based on a learned profession, was trips to the buildings in Italy and England, which served as models for the new buildings. Up until the beginning of the 19th century, training in a construction hut took a back seat to apprenticeship in a construction office or building authority, studying scripts on architecture and studying at a school or college.

The building activity of the ruling princes and the growth of the cities led to an increasing need for well-trained building officials at the transition from the 18th to the 19th century. The Royal Building Academy was founded in Prussia in 1799 . In one and a half years, the training led to the surveyor's examination, which already opened up the possibility of the state examination to become a building conductor. After two and a half years, the master builder examination could be taken. From 1823 originated in the German states Baugewerkschule with practical construction orientation, where construction workers were trained as architects and construction technicians. In addition, technical colleges and architecture courses were created at universities, whose training was based on theory and led to an engineering degree or doctorate.

In the early 20th, the designations "Bauconducteur" and "Baubeamter" were given up, in their place civil servant engineers and architects with differently defined fields of activity and other official titles took their place. The building manager became, for example, a government building manager, with the opportunity to be promoted to a government master builder.

Significant construction work could not be started without the involvement of a site manager. The building manager was subordinate to the building inspector, and he was responsible for supervising the masters and the non-guild craftsmen and workers. His duties included monitoring compliance with construction plans, scheduling and budget. He was allowed and should take all measures to adhere to the planned construction time and budget, and to keep them below if possible. To this end, he regularly reported to the building inspector.