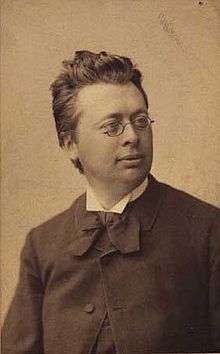 Petersen studied archeology from 1868 and looked after his father's collection of antiquities until he obtained his master's degree in Nordic classical studies in 1873. Then he dealt with the description and representation of antiquity in Denmark. In 1876 he obtained his doctorate with a thesis on Nordic mythology. In 1879 he became an assistant at the Museum of Nordic Antiquities , and in 1892 director of the historical department of the National Museum in Copenhagen that emerged from this .

He led excavations in Jutland, among others, and found and protected numerous historical buildings, including the Helligandshuset in Randers. His main works are Danske gejstlige Sigiller fra Middelalderen (1883–86) and Danske noble Sigiller fra det 13th and 14th Aarhundrede (completed by Anders Thiset , 1897). Furthermore appeared Vognfundene fra Deijbjerg (1888) and Gravpladsen ved Nordrup in Nordiske Fortidsminder I (1890-1903) as well as papers in Aarbog for nordisk Oldtidskundskab . Petersen died a month before the planned marriage to the pianist and composer Hilda Sehested .