IGN (formerly I magine G ames N etwork ) is a multimedia news and review site that specializes in video games . In addition to IGN, the network includes sites such as GameSpy , FilePlanet and 3D Gamers .

IGN offers many subpages, each of which has its own subdomain . They are called a channel and deal with computer games for different platforms. Other channels deal with cheats , FAQs and walkthroughs for video games, and there are channels for other areas in art and culture.

IGN was founded in September 1996 as Imagine Games Network and started with five individual sites: N64.com, PSXPower, Saturnworld, Next-Generation.com and Ultra Game Players Online. The growth of these sites enabled IGN to expand its network in April 1997, recruiting additional employees, and establishing an advertising-oriented partner network.

In 1998, IGN summarized all pages as channels of the IGN brand, but without Next-Generation and Ultra Game Players Online, because UGPO did not agree to the closure of the magazine and the Next-Generation should be stopped in favor of the "Daily Radar" (which not long survived).

In 2005 IGN had 23 million unique visitors per month and 5 million registered users on all channels. IGN is among the 200 most visited Internet sites (according to Alexa Internet ) and the IGN forums are one of the most active Internet forums (as of 2007). 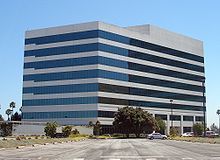 IGN originally stood for Imagine Games Network , but on February 1, 1999, IGN separated from Imagine Media to start their own company. Peer Schneider, Vice President of Publishing, later said it stood for Internet Generation Network . The company name, Afflilation Networks, was changed to Snowball.com and became a public company after parting with Imagine Media.

Users of the site have the option of registering free of charge. The additional account, called IGN Insiders, costs $ 20 a year and gives access to high-resolution video downloads and other forums.

IGN is largely financed by advertising; at least one banner is displayed on each page .

IGN has bought several other companies such as B. the Vault-Network including the forums (at that time still "Snowball") in 1999. In March 2004 IGN bought GameSpy Industries . The company was called IGN / GameSpy for three months before changing its name to IGN Entertainment. In June, IGN bought Rotten Tomatoes , which for a short time made it the largest independent gaming site on the exchange. Today IGN is no longer publicly tradable.

IGN bought 3D Gamers in February 2005 and AskMen.com in June . On September 8, 2005, News Corporation announced that it had acquired a 92.3 percent stake in IGN for a total of $ 650 million. This gave it control over IGN. IGN have been assigned to Fox Interactive Media , which also includes sites such as foxnews.com and other News Corporation subsidiaries.

On April 20, 2009, IGN took over the online services of the deficit television broadcaster GIGA , which the company hoped to make a successful leap into the German market. On December 9th, 2009 the entire IGN homepage was redesigned and a new logo was introduced at the same time. In August 2010, a German-language branch of the website was set up with its own editorial office in Cologne.

In 2011 News Corp began large-scale restructuring of its own offerings and group subsidiaries. In April 2011, the long-deficit social network Myspace was sold. Fox Interactive Media Germany, which is responsible for social media offers in Germany and to which the GIGA employees also belonged, was closed at the end of February 2011. In March 2011, Berlin-based ECONA Internet AG took over GIGA's offerings. The IGN network was also restructured into an independent group of companies for the spin-off. Part of this move was the acquisition of the UGO network from Hearst Corporation , which included the 1UP website . In February 2013, the media group Ziff Davis finally took over the IGN Network from News Corp. The new owner decided to focus on the core brands IGN and AskMen. As part of the realignment, the network sites GameSpy, UGO Entertainment and 1UP were therefore closed.