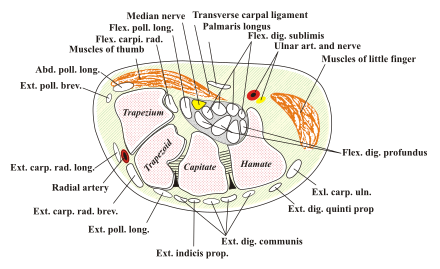 Cross section through the right wrist with the carpal tunnel (gray). Underside of the hand (palmar) above. Finger towards the viewer with thumb on the left (not shown). In the carpal tunnel, the median arm nerve (yellow).