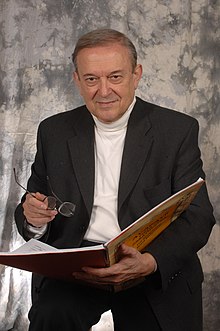 Chobanian was introduced to classical music by his father, an amateur musician. In the 1950s he appeared as a guitarist on television in Baghdad. In 1960 he moved to the USA and also appeared on television here. Since 1970 he has been professor of composition and guitar and composer in residence at Baldwin Wallace College in Cleveland . In 1973 he became the head of the guitar division of the American String Teachers' Association .

In addition to orchestral works, Chobanian composed chamber music, choral works and pieces for his own instrument, the guitar. In several works he reflects on the genocide of the Armenians at the beginning of the 20th century.