from Wikipedia, the free encyclopedia
This is the sighted version , flagged on May 6, 2021 . There is 1 pending change that has yet to be viewed. 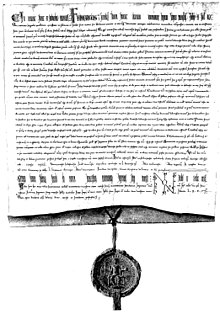 As reichsunmittelbar , also rich free in were late medieval and early modern Holy Roman Empire those individuals and institutions referred to any other rule were under, but directly and immediately to the emperor were subordinate. They were as rich immediate stalls or Immediatstände referred.

A distinction is made between three groups of persons or corporations who are directly empire :

Immediately to the empire - but not belonging to the imperial estates - were the imperial knights , a number of monasteries (especially women's monasteries ) and some free places or imperial villages . These imperial direct people were the remaining direct vassals of the emperor, who had formed the crown estate in the Middle Ages and were much more numerous at that time than at the end of the empire . In many cases the imperial immediacy of a place or monastery was controversial, because the neighboring princes sought to join the imperial immediate areas to their territories.