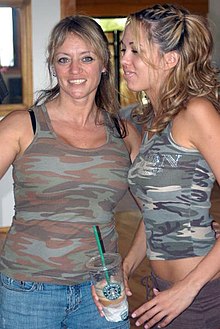 After ten years of marriage, she divorced Banks (stage name Rich Roberts ). On May 1, 2000, she married cameraman Barry Wood , who was inducted into the AVN Hall of Fame in 2004. In 2004 she gave birth to a son. She was previously under contract with Wicked Pictures . Well-known films with Coxx are Topless Body Shop , Flashpoint and The Ozporns . Coxx is still occasional, but she was last seen in films in 2007.