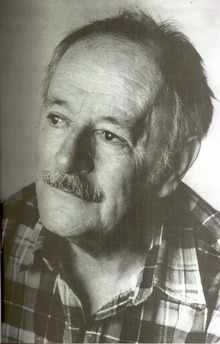 Janevski graduated from the technical school in Skopje. During the Second World War he stayed in Belgrade , but returned to Skopje after the war. There he worked as a publishing director and editor of various magazines. Janevski was a member of the Macedonian PEN and the Macedonian Academy and President of the Macedonian Writers' Association. He received numerous awards from the Yugoslav state.

Lustration proceedings against Janevski, which were concluded in June 2013, came to the conclusion that he had prepared reports on other writers and artists for the Yugoslav secret police UDBA under the code name "Slavjan" .

Slavko Janevski was one of the first and central figures of the young Macedonian artistic creation in communist Yugoslavia. He has written numerous short stories and novels, poems, children's books, essays and film scripts.