The Magdeburg hemispheres make the power of the vacuum tangible 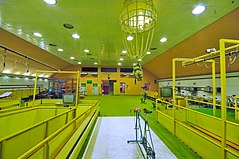 While the negative pressure is considered statically, the dynamic effect of a fluid flow is called suction , for example in the case of a vacuum cleaner .