Löhneysen received his doctorate in Jena in 1941 and taught from 1965 to 1982 as a professor of art history at the Berlin University of the Arts. He wrote treatises on the art and intellectual history of the 19th and 20th centuries. He published Goethe's writings on art in the Cotta edition in two volumes and all of Schopenhauer's works were critically edited in five volumes. 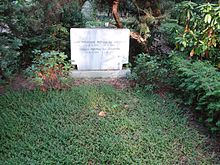 He is buried in the Dahlem forest cemetery.