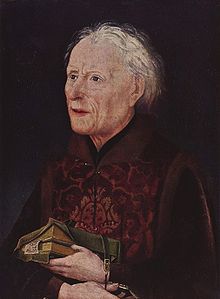 The term edification literature , which is mentioned for the first time around the 14th century , originally describes popular writings with religious motivation. The edification literature is not theological literature because it does not pursue any scientific discourse and has no dogmatic intentions. Rather, with the changes in modern times, there was a concentration on inwardness , which became apparent through increased piety . It was a guide to a virtuous life that was supposed to build up the mind emotionally.

The literature of edification has its roots in the legend of saints . Other forms are devotional , prayer book , book of hours , or collections of sermons .

Devotional literature was widespread for centuries, and individual editions were even read across denominational boundaries. It initially appeared in the form of religious biographies or conversion stories , but also in the form of hymns , which were often created for this purpose. The 17th century produced numerous literary works by well-known baroque poets such as Johann Arndt , Johann Michael Dilherr , Jeremias Drexel , Paul Gerhardt , Johannes Lassenius , Joachim Meichel , Martin Moller , Heinrich Müller and Christian Scriver . In the 20th century, the following writings by Dietrich Bonhoeffer belong to the edification literature: Succession, Common Life.

Due to the deliberate simplicity of the content, the term was also used negatively in later times. In the 19th century, edification literature was therefore also understood to include kitsch or simple-minded literature. With the industrialization of the printing press, a separate form of literature grew up in the edifying tracts that were sold 100,000 times . Beginning with the treaty societies emerging in the Anglo-Saxon area , combined with the emergence of the colportage trade , this form of distribution quickly established itself throughout Europe. Pioneers in the distribution of edification literature in German-speaking countries were u. a. the house Bertelsmann and the Christian Association in northern Germany . In the 19th century, literature for edification was increasingly replaced by entertainment literature .