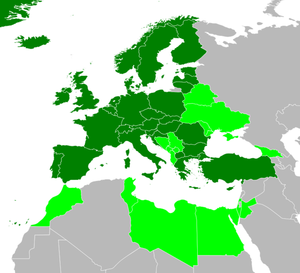 CENELEC was founded in 1973. Previously, two organizations were responsible for electrotechnical standardization: CENELCOM and CENEL. CENELEC is a non-profit organization under Belgian law with headquarters in Brussels . Therefore, the abbreviation "CENELEC" used in all member countries is formed from the French language version of the organization name. However, the lingua franca is English.