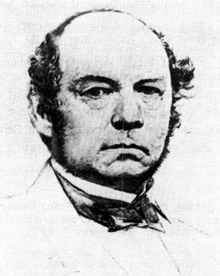 Friedrich Wilhelm Müser (* 1812 in Langendreer ; † 1874 ) was the first chairman of the board of directors of Harpener Bergbau AG .

Friedrich Wilhelm Müser was the son of the court and distillery owner Johann Wilhelm Müser . His brothers founded the Müser brewery .

Müser studied medicine in Halle, where he was a member of the Corps Guestphalia , and received his doctorate in medicine. med. Hence his later nickname "coal doctor" was derived.

Around 1905 Benno Elkan designed a sculpture of the coal doctor, which found its place in the meeting room of the Harpen Mining Association. Today this work can be found in the Museum am Ostwall in Dortmund.