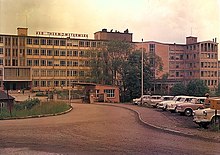 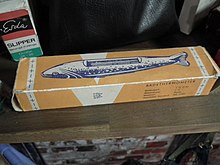 The company is a manufacturer of medical measuring devices such as clinical thermometers and blood pressure monitors . It also produces special equipment, most of which are in-house developments. In the field of research, the company works with the Technical University of Ilmenau . A well-known alloy and at the same time the company's brand is Galinstan .

Geratherm went in 1990 after turning from the state-owned enterprise VEB thermometer work Geraberg (TWG) produced, in turn, from the 1900 in the then independent village Arles Berg founded company None, Schramm & Co. was born.

The thermometer work Geraberg in 1972 independently by from the Kombinat VEB work for Technical Glass Ilmenau was separated and forced merged with 14 other, mostly state-owned and partly private small businesses. At the end of the 1980s, around 2000 people worked in the TWG in Geraberg, which was the most important employer in the region at the time.

In 1998 the company moved from the old factory building in Geraberg to the Geschwenda industrial park . The company went public on July 3, 2000. Geratherm was listed in the SDAX from 2001 to 2004 . The company is the world market leader in the production of mercury-free clinical thermometers.