It had to be you

The title of this article is ambiguous. Further meanings are listed under It Had to Be You (disambiguation) . 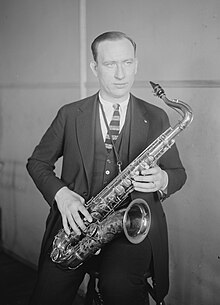 It Had to Be You is a song written by Isham Jones (music) and Gus Kahn (lyrics) and published in 1924.

Isham Jones got a small grand piano from his wife for his 30th birthday; He is said to have composed four songs within an hour, including “I'll See You in My Dreams”, “ The One I Love Belongs to Somebody Else ” and “It Had to Be You”. Kahn's text reflects the singer's search for an ideal of a partner and the realization that no one is perfect, “the acceptance of her bad mood and righteousness in a way that sometimes makes him sad. His love makes him faithful. If he ultimately chose it, it is not because it is perfect, but because it excites him. With all your mistakes , he tells her in a dubious compliment, I still love you . "

"The mixture of kindness and insecurity - the kindness in the music and the insecurity in the lyrics - gave the song a more adult point of view than you would otherwise find in the 1920s," wrote Philip Furia and Michael Lasser in America's Songs . "Typically for the time, it has dense rhymes that match the short melodic phrases, but it develops with a satisfactory, if cryptic, logic".

Later cover versions and use in films

It Had to Be You was featured by Ruth Etting in the short film Melody in May in 1936 , by Priscilla Lane in the 1939 film The Roaring Twenties , by Ginger Rogers and Cornel Wilde in the 1947 film It Had to Be You , and in the 1944 film Mr Skeffington , and by Danny Thomas in 1951 in the film I'll See You in My Dreams . Dooley Wilson sang it in Casablanca , George Murphy in Show Business (1944), Betty Hutton in 1945 in Incendiary Blonde and Diane Keaton in 1977 in Annie Hall . The song is also used at the end of Harry and Sally (1989).