The title of this article is ambiguous. On the German legal scholar, see Peter Bräutigam (legal scholar) . 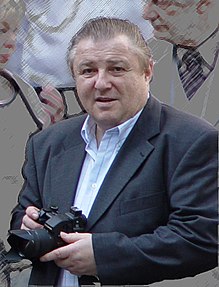 After successfully completing his master craftsman exams in the 1960s, Peter Bräutigam took over the former business of the Greiz court photographer Heinrich Fritz , which had gained importance through the exclusive license at the court of Prince Reuss . He moved the headquarters of the Greiz shop from today's Heinrich-Fritz-Straße to Brückenstraße and from then on traded under the name of "Foto-Bräutigam".

Many years of committed and qualitatively convincing work allowed his private company to survive the difficult times in the GDR , and after the political change, Peter Bräutigam developed a variety of activities. He organized himself in the Central Association of German Professional Photographers , rose to become the Thuringian State Guild Master of the Photography Guild, and was politically active in the FDP . From 1996 to 2002 Peter Bräutigam was Deputy Federal Guild Master for Photographers in the Federal Republic of Germany.

The extensive photo archive built up in the long years of his activity documents a. a. the development of the city of Greiz and its surrounding area in the second half of the 20th century and also contains older photos that he took over with the stock of the old "Heinrich Fritz" photo shop.